Grab your tissues, ’cause this one is going to make you cry. Sadness, regret, longing, and love are the themes of the song, and it WILL hit you inthe feelings. 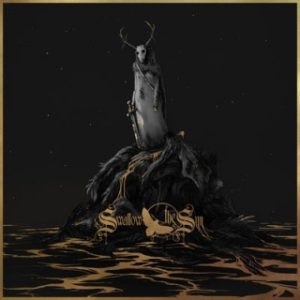 “When A Shadow Is Forced Into The Light” Album cover

Finnish Doom masters Swallow The Sun (STS) have always been heavy hitters when it comes to writing about darkness, loss, and despair, but in this new single they take it to a whole other level. “Upon The Water” is a taste of Swallow The Sun’s new album When A Shadow Is Forced Into The Light due January 25th on Century Media Records.

This track is the first single from the band since their triple LP Songs From The North I, II, & III. And yes, that one was essentially 3 albums released at once

It is also, in a sad circumstance, the first music by the band after the passing of Aleah Liane Stanbridge, who was Juha Raivio’s (main lyricist and music writer for the band) partner. The loss of Aleah can be felt in every chord and verse of the track, and it is as haunting as it is beautiful. Which is saying something, coming from a band specializing in portraying the beauty found in despair.

STS started off more in the Death Doom sound, with their thunderous music transmitting a bleak and hopeless message. Their sound has evolved considerably each album, ofter becoming more melodic, longing and expressing more personal feelings like sadness or loss. This dynamism in their sound has led to the band having devout fans all over the globe. To mix the slow with the brutal is a recipe for success in those who have turned from the light.

“Upon The Water” is definitely calmer than some fans would like, but knowing Swallow The Sun, pounding, brutal riffs, slow burning and agonizing, will make their appearance on the new album. Also, considering the direction of their previous release, this track has a bit of everything the band does well.

Let’s listen to “Upon The Water”, and be sad together.