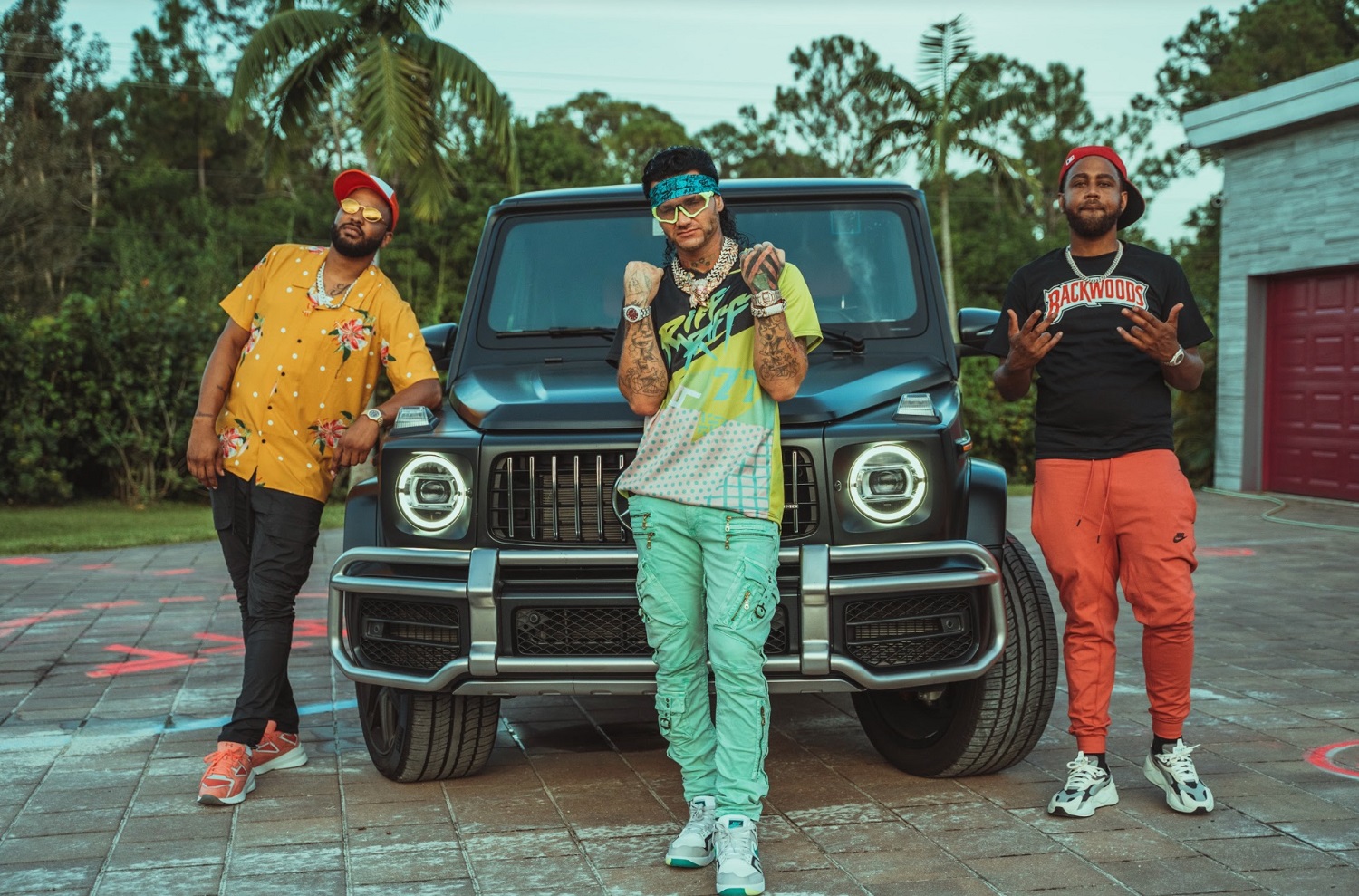 “Swan In My Pond” from RiFF RaFF and Jae Mansa

“Swan In My Pond” is the hot track from RiFF RaFF and Jae Mansa. It’s also further proof that it’s RiFF RaFF’s world and we’re just living in it. An unbeatable beat, infectious tones and lots of talk of bling, the audacity of this song never quits. “Swan In My Pond” is the perfect dip into one of hip hops most expressive matchups and undeniable lyricists. From the memorable lines I just copped a mansion in Mulan to I make more scents (sense) than a candle, this song will have you bumping to the sounds of hip hop/raps most expressive emcees.

If you’re new to the RiFF RaFF train, where have you been? His voice flow is like a candy-coated red, white and blue bomb pop. I love the laid back sway, the chill sound he brings. He’s dishing out all the things he’s adding to his wardrobe, his style and this includes a swan in the pond, of course. Then he starts slaying about his codeine flavors. It’s a bit of a meandering story if you’re a stickler for content. But, really, who is any more and that’s the beauty of many rap lyricists. RiFF RaFF’s wordsmith skills are tight. I found myself humming the rhythm for several hours and wanted to go back to that movement. The undercurrent is like a lazy river on a Saturday afternoon. It’s not quite time to hit the bars and the clubs, and it’s more about relaxing and sweating the day away laying in the sun.

If you are looking for a song that has that transportive textures to claim the summer spectacles and yet feel ready for any season, “Swan In My Pond” is characteristically peculiar. It’s so fun, yet so easy to slip into. I have to admit, I’m a bit enamored by RiFF RaFF. Jae Mansa, a two-person cousin team out of North Carolina, is not as prevalent but that doesn’t mean they get second billing. They’re in the game and throw out some killer skills. There are moments when they meander a bit off the beaten path, but that’s what makes it so fantastically entertaining.

This is going to sound insane, but if you’re new to the rap and hip hop world, this is the song that will embolden your new found genre. Just writing that makes me laugh, as does the idea of a song about having so much money, you can have a swan in your house pond. It’s hilarious to me, and it’s just the distraction that gives me all the feels about why I like a great jaunt with RiFF Raff and the new-to-me Jae Mansa. Even if you aren’t new to the rap world, and have found yourself more ensconced with Rhymesayers slayers, then I do encourage you to check out “Swan In My Pond”. Even if they are going on about diamonds and all the latest styles in their song, RiFF RaFF along with Jae Mansa are relentlessly authentic. They deserve all accolades heading their way for “Swan In My Pond”.