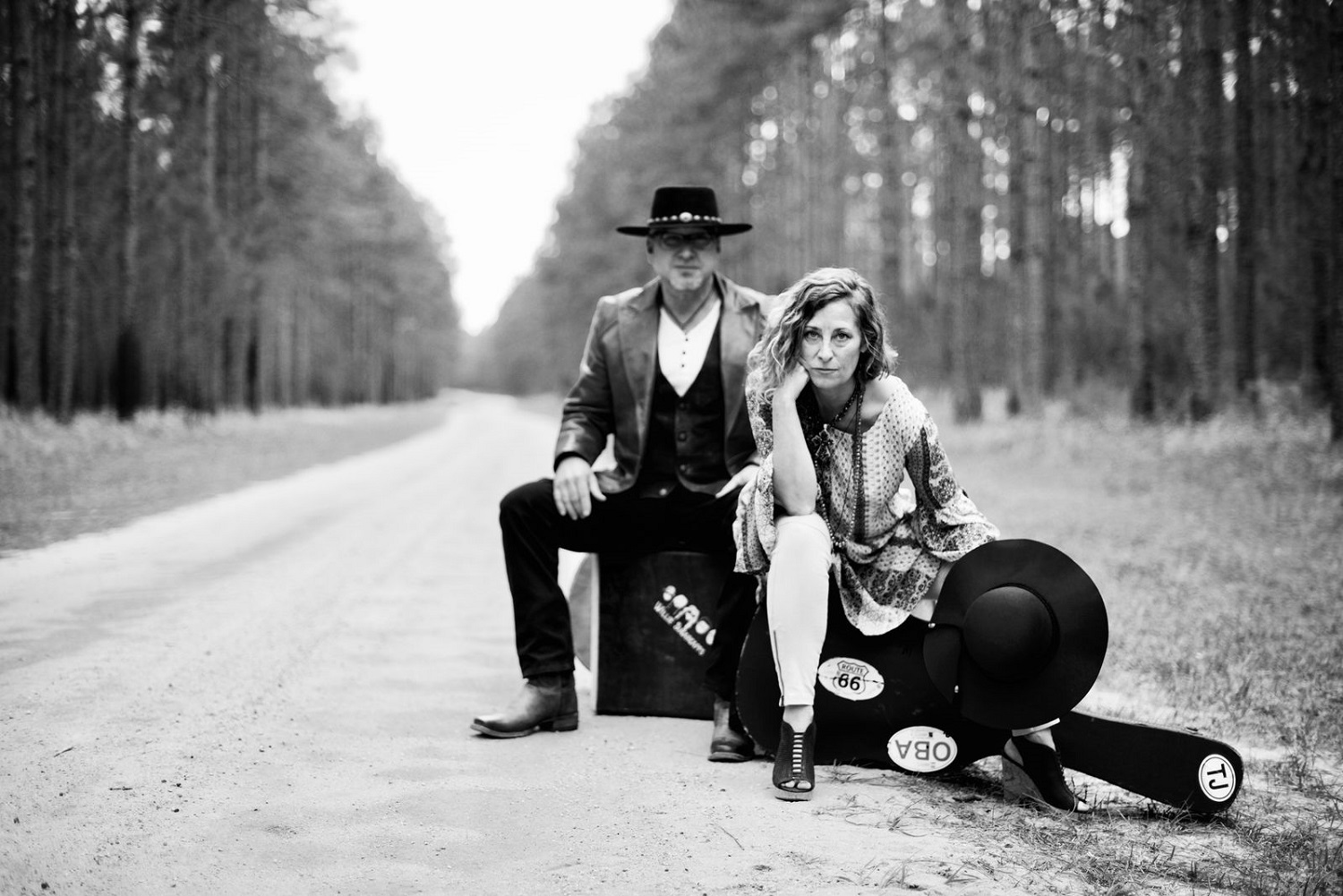 Ten Penny Gypsy’s second studio recording Fugitive Heart gets off to romping start with the track “Making Headway”. You cannot help but appreciate how skilled Justin Patterson, Laura Lynn Danley, and their collaborators on the collection set down a breathless pace without ever glossing over the track’s potential. Instead, the combination of its melodic merits, harmony singing, and Patterson’s lead vocal passages propel you into the album with a great deal of style.

The Arkansas duo’s title track for this album is one of its masterworks. I think it is a model of construction with fluid transitions from each verse into the eventual chorus and the instrumental breaks are built into the song without drawing too much attention to themselves. Despite the low volume approach the tandem takes here and elsewhere, the song never sounds fragile and aspiring songwriters should study how the pair imbue such a seemingly simple track with genuine gravitas.

“Highway 65” gains a lot from a chorus that has a devastating payoff line. The stakes cannot be clearer. It has a musical character closer to light electric folk than blues and/or country, though echoes of these styles are in everything they do. The discipline Patterson shows as a vocalist elevates several songs and this is one of those moments; the aforementioned payoff lines contains much more meaning thanks to Patterson underplaying its implications.

Hardcore country music fans, especially those of the genre’s “classic” school, will like “Lovely Melancholy” on first hearing. The guitar sound is spot-on but never sounds unduly affected. Conjuring echoes of the genre’s past with touches such as this never strike a false note and, instead, cast the duo as young songwriters claiming this tradition for their own uses.

They continue exploring traditional music with the next track. “Road to Memphis” returns to their blues roots with conventions such as slide guitar playing a prominent role. Despite its presence, however, it doesn’t have a cliched effect on the listening experience. It is best to take this song as a loving tribute to this style of music rather than one of the album’s more substantial compositions. It is an entertaining ride, however, from beginning to end.

One of the best choruses on Fugitive Heart comes with the track “Mexico Flyer”. No other song on this album aches with the want and need we hear during this performance, but the singing never drags it into the realm of pure bathos or melodrama. The individual style their writing brings to this track breathes new life into a timeless subject.

The penultimate song “Train Won’t Wait for Me” covers another timeless subject with a great deal of personal style. There’s never any sense of self-consciousness in the way Ten Penny Gypsy touches base with the past and that’s refreshing and the directness of their approach is a big reason why it succeeds. There’s many more albums ahead for these two; Justin Patterson and Laura Lynn Danley are enormous talents on their own and it’s rather astonishing how well they work together instead of lapsing into conflict and ego. There’s absolutely zero indication that won’t continue.