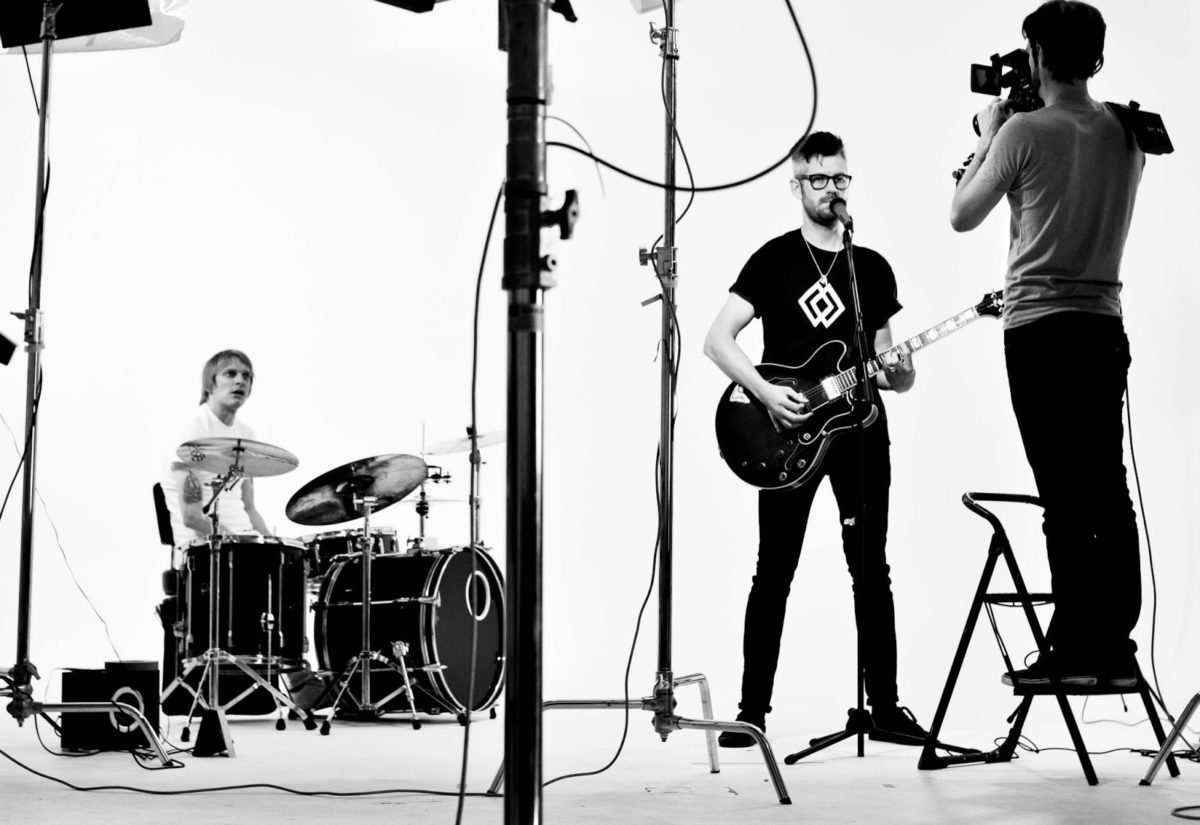 “The song is about the expectations people have of you and those you feel forced to put upon yourself through the everyday rules of life. ‘When in Rome’ being the phrase that sums that up.’’

York via New York two piece The Diamond Lights released a video for their new single “Rome.” The short film, conceptualized by Will Hutchinson, was filmed at an abandoned military facility. The industrial and post apocalyptic aesthetic adapts very well to the garage and punk spirit of the single.

“Rome” was released as a 3-song EP that besides including the original album version, features a Ministry-style remix by Nightranger (aka Noah Harmon of The Airborne Toxic Event, Dhani Harrison & The Saint James Society), and a live “bootleg” version of the song recorded at Hoxton Bar & Kitchen in London.

This song is also the opening track from The Diamond Lights debut album Twin City, released on March 30th via Crystal Twin Records. The record features nine energetic songs with riff heavy guitars and ballistic booming drums that will definitely be enjoyed by fans of Queens of The Stone Age and The White Stripes.

Watch the video for “Rome”!