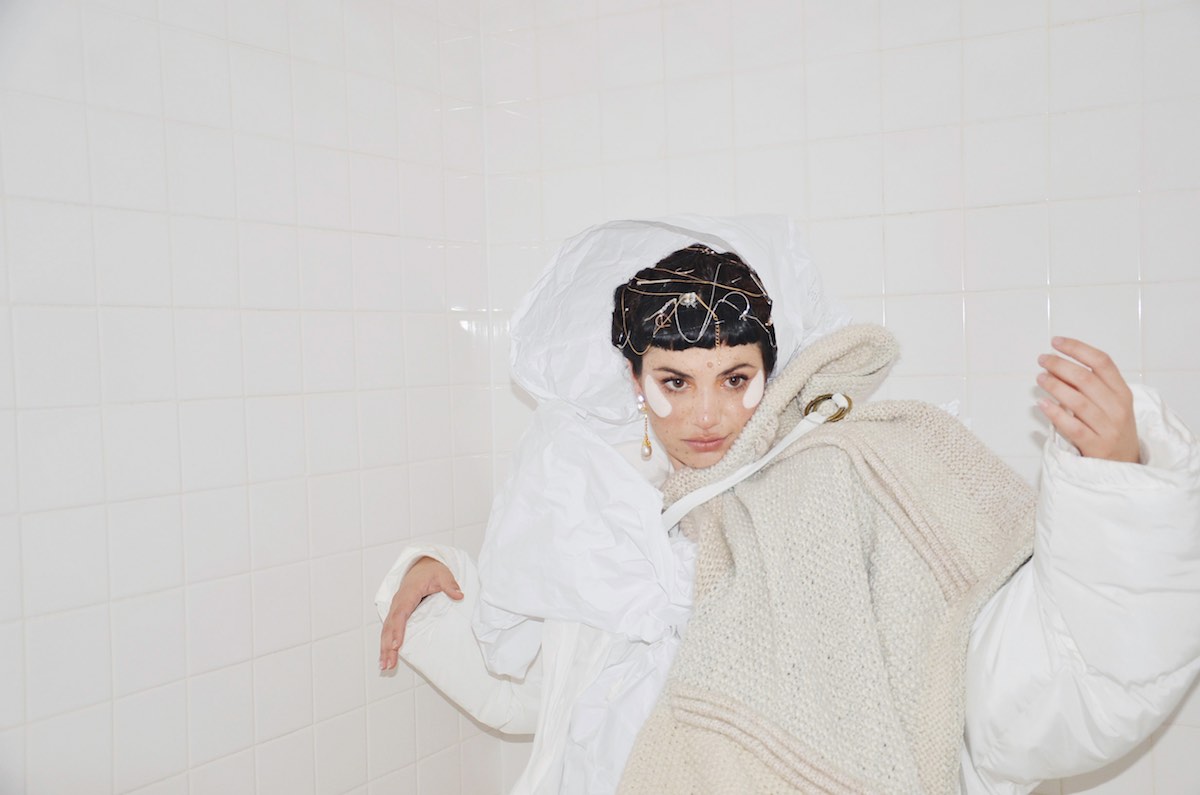 The Duo SILENTSHOUT Might Be Aliens and We Love It

“I’m not afraid, just out of control.”

Imagine a dark, vast landscape of stars and you’re smack dab in the middle. Suddenly, the stars start pulsing as if they were a drum head, vibrating with an indigenous beat. One by one the beats scatter, lighting up the black void – then, an ethereal voice comes in and starts singing to you…

No, you’re not in an acid trip, you’re inside of a song. King of Nothing by SILENTSHOUT is an immersive soundscape that examines the intimate world of avant-garde dark-pop. Surrounding you with a sonic world Alina calls her “musical insanity,” the duo is telling you a story about the apocalyptic nature of the modern world.

“King of nothing, nothing left; Paid for your private garbage island in a sea of trash.”

Even though the lyrics could stand on their own as a dismal letter to the future, this song doesn’t feel depressing. On the contrary, you relax your mind and accept your fate as you float with them into the universe.

The news that we wake up to every single day can feel like a science fiction disaster unfolding before our eyes. It’s easy to feel defeated when you think of the state of global warming, our poverty levels, the rising of the seas and the decline of many species. How are we supposed to take on a world full of issues? “King of Nothing is about feeling hopeless in the face of a power-hungry and indifferent world. It’s about that sheer panicked state, when you feel like the world is ending and there is nothing you can do to fight the forces bringing it down.”

It seems like art is the answer for many of us. The duo experiences bliss in the release of this pent up anger toward the destructive nature of mankind. Alina was destined for creative expression, born into a family of artists who put her in music and dance as a young child. She expanded her crafts when she moved to LA, becoming a hired gun for many bands and eventually finding her own voice as a solo artist and performer. Theo found art to be his refuge, as depression and alcohol flooded his early twenties. Theo began hauling a ‘mobile’ analog rig around various squats and abandoned churches of Chicago, eventually making a name for himself in the underground art scene as the local weirdo, producer, and curator for music events. Lucky for the rest of us, the two joined forces to create SILENTSHOUT.

“King of nothing, nothing left,

You can only hurt my body…

Theo and Alina are liberated by their crafts and they invite us to feel it too. They built a recording studio with their own two hands in 2018 and will be releasing their debut full-length “You Will Learn” in 2019. Follow them on their Instagram, and catch their awesomeness live on February 18th at the Bootleg in Los Angeles!