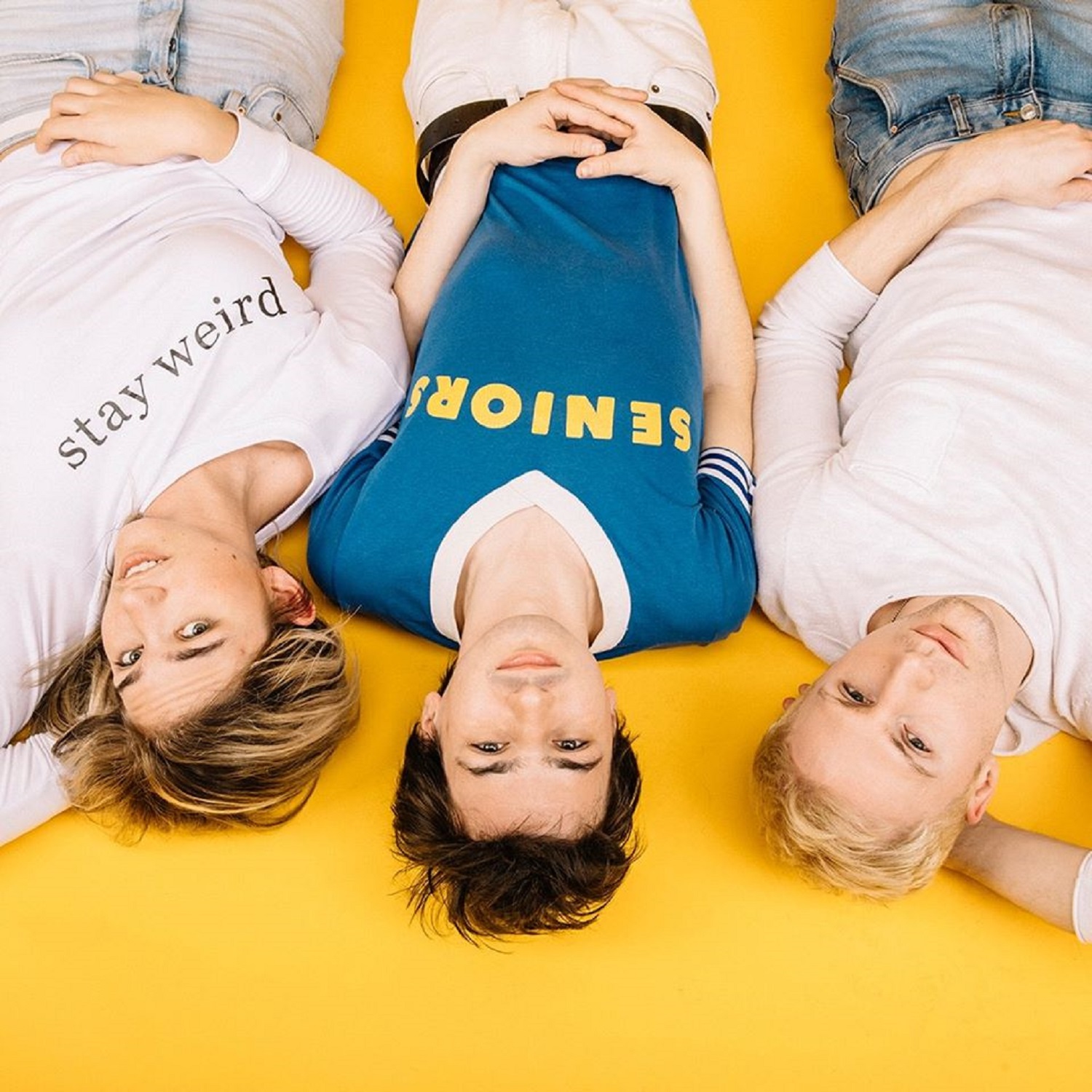 A fuzzy black and white TV screen gives way to psychedelic-tinged visuals of a highbrow variety in the first few frames of The Hugs’ new music video “Mile High Lady,” but they’re not an odd nor abstract addition to this powerfully postmodern pop tune. In this video, and the single that it sources its soundtrack from, nothing is more important than the raw, visceral tonality being presented to us from The Hugs, who prove in this latest release that their brand of rollicking alternative rock is by no means a throwback to the jaded rumblings of a long-gone 90’s sound. They’re doing the Pacific Northwest music scene justice in “Mile High Lady,” and displaying a startling attention to detail that we could only hope to see out of some of their less-than-erudite peers.

The guitar is definitely the star of this single, but it doesn’t overshadow the contribution made by the vocal track in the slightest. All of the elements within these melodies are woven together tightly in the master mix, but none of the distinct tones in the composition become muddled in the sheer tour de force rendered by the band’s impassioned play. There’s a surreal edge to the harmony between the sultry serenade and the brittle bassline cushioning it, and to some extent, its textures add to the narrative within the lyrics just as much as those of the guitar, drums or vocals do. The Hugs want to engage us on every level in this song and its accompanying video, and to say that they pulled out all of the creative stops in doing so would be putting it very mildly.

With a pulsating percussion to frame the cathartic melody in the chorus, there’s really no need for a lot of overindulgent guitar play in “Mile High Lady,” and I like that the band didn’t deem it necessary to weigh down the song with a lot of unnecessary frills. Ultimately, I think that doing so would have really decreased the accessibility of this track as a single, and moreover, created a barrier between us and the streamlined hook that makes this song the banner release for The Hugs that it deserves to be. They’ve yet to disappoint us with any of their studio fodder, but “Mile High Lady” definitely raises the bar for this band moving forward.

Whether the supple sounds of Feelings of Life and Love Led You Here left you utterly spellbound by The Hugs’ depth of emotion and superior command of melodicism, or you’re just discovering their music for the first time with the video for “Mile High Lady,” this is one juggernaut of an alternative rock track that you’re going to want to give a spin this spring. As one of Portland’s premier power trios, The Hugs’ reputation in and out of their storied scene is one that demands respect from all who appreciate organic grooves and white hot harmonies, and they live up to all of the hype that they’ve garnered over the years perfectly in this latest release. Sublimely surreal and packing more of a sonic punch than most anything currently occupying the Billboard charts, I highly recommend giving “Mile High Lady” your attention this season.