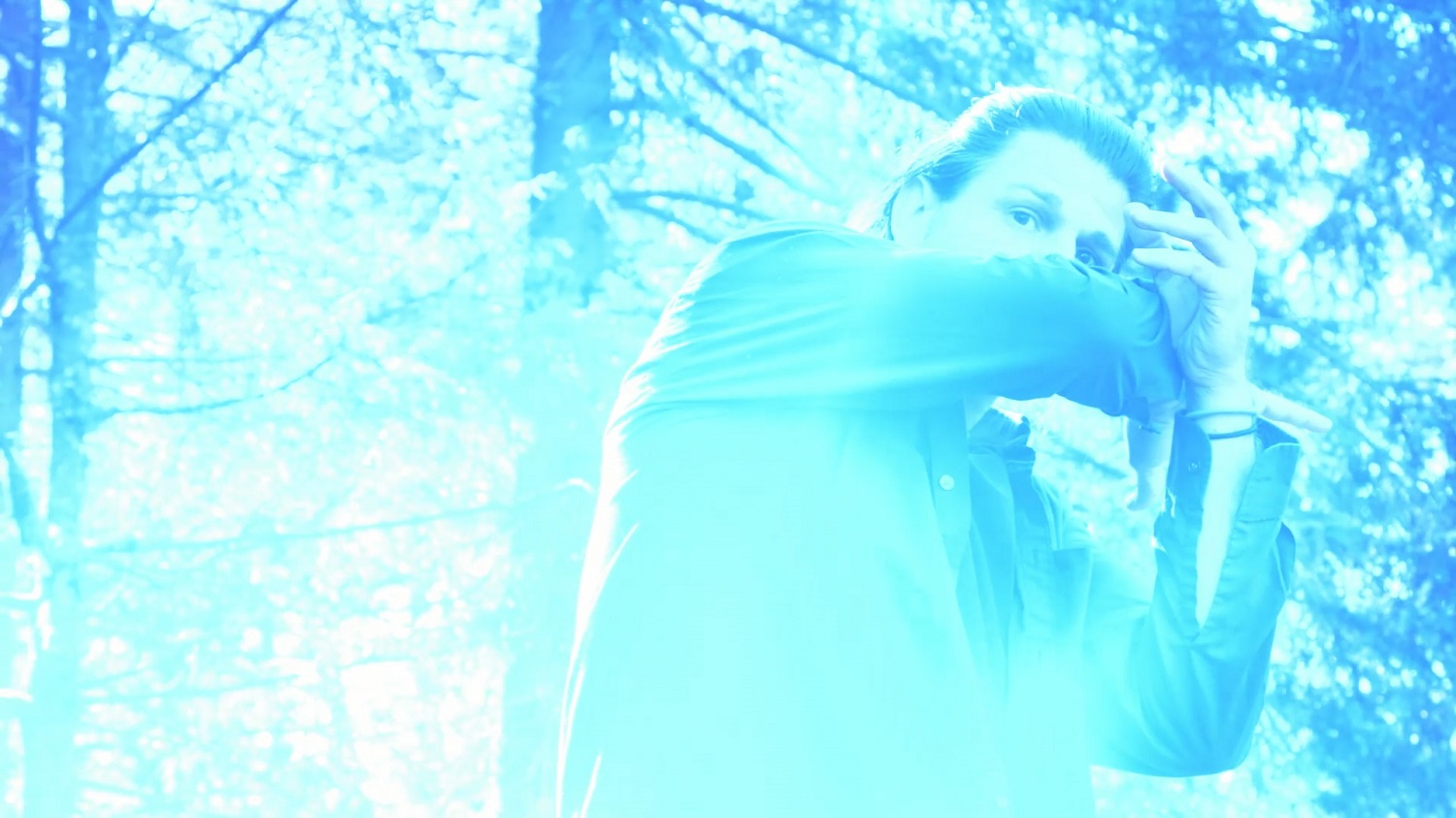 The NaveBlues’ music video for “Pale Blue Dot” opens in the darkness of space, greeting us first with a brief written message about the origin of the song’s creation and the quest of Voyager 1 that it directly references in the frames that are soon to follow. Out of the silence a blistering vocal ushers in the first appearance of the swinging beat, and we look upon an isolated probe amidst the desolation of outer space. Back on earth, Navé Pundik drinks in the beauty of the Scandinavian wilderness from the comforts of a rustic wooden bench, suddenly seeing a reflective blue light in the distance that instantly turns his attention from the harmonica in his left hand to the heavenly glow across a pristine lake. The light glides across the water and disappears around the bend, but Pundik is determined to see where it’s going. He briskly pursues it into the depths of the forest, The NaveBlues’ grooves aligning with his sprinting rather seamlessly, and though we’re unsure of what lies beyond the trees that soon engulf him, looking away from our screen is next to impossible.

Some seriously athletic vaulting leads Pundik to the crash site of a divine gold disk beaming with the aqua-colored luminosity that spellbound him as he sat beside the stunning lake only moments before. The earthbound light connects to another that’s situated high in the skies above, and in an effort to bring the two closer together (in hopes of striking up the sort of dialogue that was intended with the launch of Voyager 1), Pundik ascends the rocky hillside to its highest peak, hoisting the disk high above his head in a single passionate thrust. The distant blue light sparkles and carries us back to the satellite that we first began the music video with, and in a chilling fade to black, “Pale Blue Dot” comes to an artful conclusion. There are no speaking parts, no bloated allusions to a political subtext or even a trace of standardized sonic revelry in this finale – there is only the bittersweet dark silence that lingers in the atmosphere as we search for other forms of life in the universe.

Although many critics might be quick to assign an experimental label to this absorbing video and single from The NaveBlues, I think that it’s better termed a brilliant, and uniquely Norwegian, reinvention of old fashioned Americana, blues, garage rock and jazz fusion skewed with an interplanetary message of peace and kinship that audiences really need to hear right now. This highly-anticipated release lives up to every ounce of the hype that it’s been attracting since it officially dropped back on July 5th of this year, and while The NaveBlues don’t have any set plans for a Stateside tour in the near future, my gut tells me that the increased attention on “Pale Blue Dot” this month is definitely going to lead to a higher demand for live performances on American shores. This band is ready for the primetime stage, and they’re acting like it here.