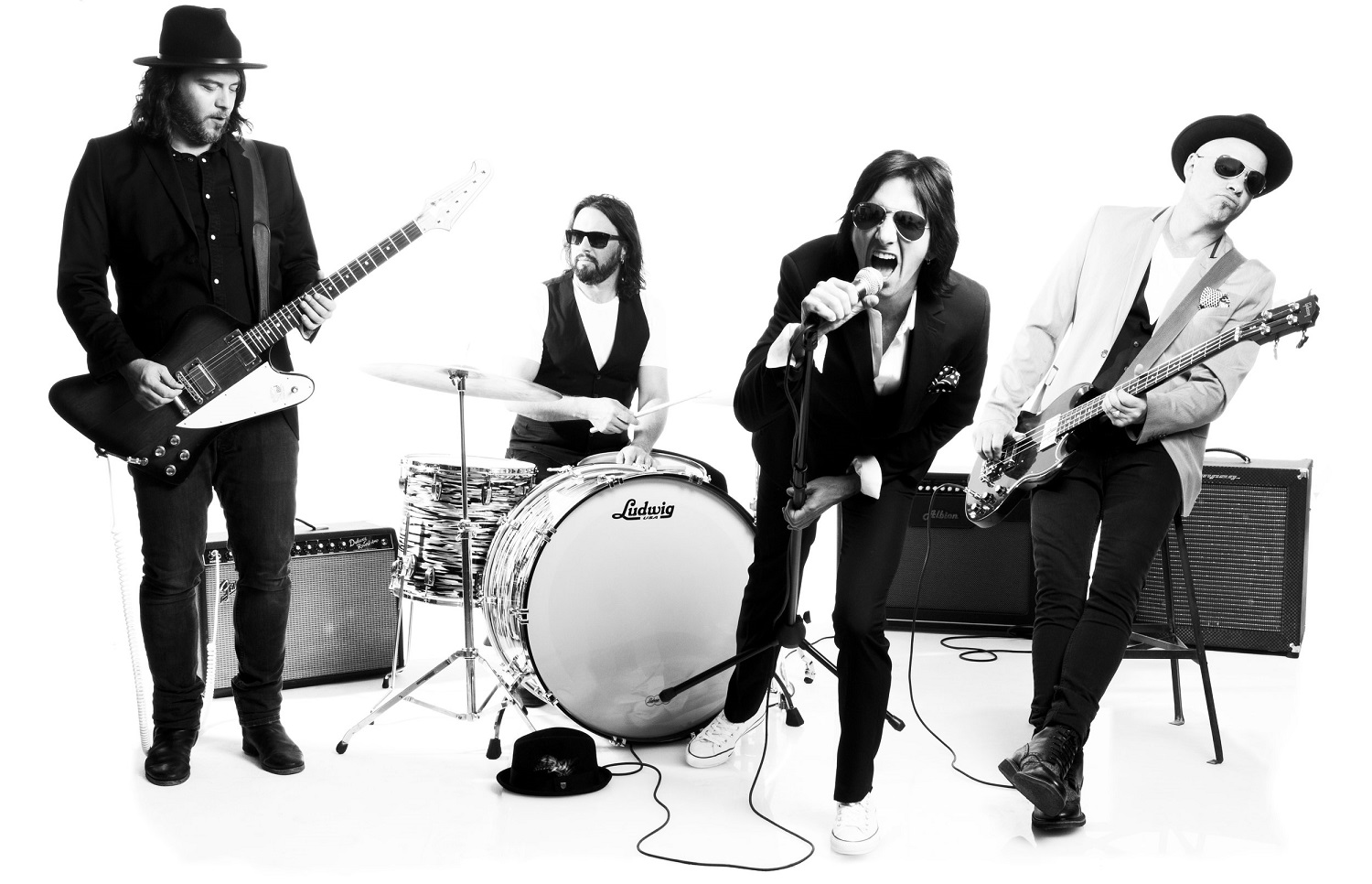 The Respectables pull out all the stops via new Single

A fierce stomping beat ushers us into a firestorm of electrified riffs just itching to crush us with their bass-heavy weight. The drums are assaulting us from both the left and the right with impunity, but they aren’t enough to drown out the smoky vocal acting as a linchpin in all of the chaos. This is “Give Some,” one of eleven tracks that comprise The Power of Rock ‘N’ Roll, the latest – and possible greatest – album from the one and only Respectables. The Respectables pull out all the stops in this song and every track that joins it in this all-new affair, and longtime supporters of the band will not be left unsatisfied by their efforts.

Dangerously groove-laden drumming dominates “That Girl” and “Wheel in My Hand,” and in the grander scheme of things here, it adds a textural swing that simply wouldn’t be present in this record otherwise. The guitar parts are unvarnished and full of a youthful reckless abandon, and the basslines are boisterous and impossible to tame from the jump, making the drums the most consistent source of addictive rhythm in the whole of this tracklist. They’re a subtle force to be reckoned with in “Highway 20,” but I think that they really make “The Shotgun Seat” the rocking anthem that it is.

The Power of Rock ‘N’ Roll is as evocative in its instrumental prowess as it is in its lyrical content in “Oasis,” “Limousine” and “As Good as Love Gets,” which is really something when you consider the tremendous depth of intimacy that these songs have in their verses. The band is connecting with us on multiple fronts in this record, which stands in sharp contrast to their poppier contemporaries, who typically focus more on one aspect of their sound over another in albums of this sprawling size. The Respectables are anything but typical, and they solidify their individualist reputation undisputedly here.

This master mix ensures that every detail within the music in this LP is allowed to sparkle and add texture to the album as a whole, with even more minimalist tracks like “Limousine” and “Highway 20” imparting a strong musicality that contagiously spreads the group’s passion to anyone within earshot of their melodies. The video for the title track is an incredibly cinematic treat, and although it’s structured around a simple premise that consists of The Respectables jamming out to the song at various picturesque locations, it doesn’t fail to keep us glued to our screens and shaking to the rhythm of the song just the same.

The Respectables have yet to let critics down yet, but The Power of Rock ‘N’ Roll might be their most complete offering so far. It crosses multiple genres, encompasses the band’s uniquely multidimensional sound without devolving into overambitious excess, and quite frankly, it’s one of the most vividly-produced rock albums that I’ve heard in the late 2010’s. I’ve been following this group for a while now, and it’s become very clear to me that their momentum isn’t slowing down anytime soon – if anything, it’s just now beginning to really pick up.