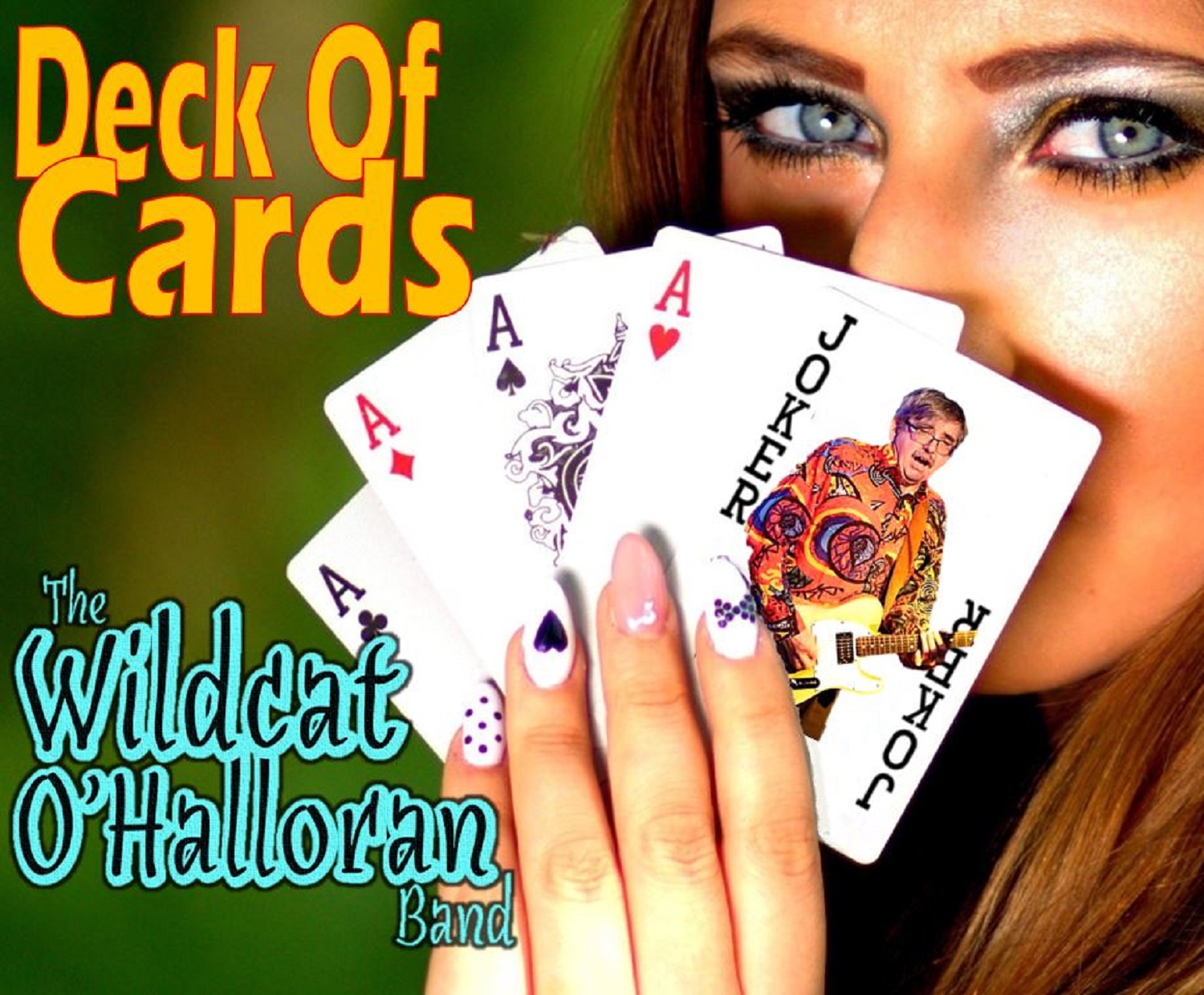 Grooves come crashing down on us with an angsty thrust in the title track from The Wildcat O’Halloran Band’s Deck of Cards, but much like the beat that frames every white-hot riff in “Crunch Time,” the rhythmic assault in the former is only one piece of the sonic puzzle this blues band is assembling for us here.

Acoustic melodies are met with a blue-hued country simplicity in “Cost of Living” just as evenly as ferocious rock tenacity gets a supercharged dose of excitement courtesy of a rebellious bassline in “Got Love If You Want.” “Blues Energy” melds a bit of tradition with a whole lot of experimental edge, but while it’s a different spin on a classic model than what “They Told Me” has to offer, this pair of tracks gels just fine with the smooth harmonies contained in “But” and the eruptive “Tell Papa.” To put it as simply as I can, The Wildcat O’Halloran mean serious business in this brand new effort, and if you came expecting big blues theatrics, you’re going to be quite pleased with what this crew is dispensing in their most recent set of recordings.

As engaging as the instrumental side of Deck of Cards is, the lyrical content here is definitely just as sharp a tool in this band’s war chest. “I Wonder Who” (a cover of Ray Charles), “If Ifs Were 5ths” and the title track are just as intriguing poetically as any of the verses in the vocal-led “Cost of Living” are, and even when there’s a bit of muddiness in the melody for our singer to contend with (i.e. the dirty rock of “Crunch Time” and “Got Love If You Want”), his voice is never drowned out by the deluge of distorted decadence supporting his every line.

The rhythm in this album, in all of its varied incarnations, is as big a communicator of the mood behind the music as any specific lyric is, and when we add up all of the compositional intricacies within every composition on the LP, I think it’s more than fair to classify The Wildcat O’Halloran Band’s latest album as being an exhibition in blues experimentation as much as it is a flex of aesthetical muscularity their fans are more than deserving of.

I’m just getting into their collective discography, but right now, I think this is one of the premier indie blues acts to keep an eye on in 2020. The Wildcat O’Halloran Band shines like a diamond in the rough in Deck of Cards, steering clear of overindulgence while refusing to back down from an over the top homage to classic blues virtuosity when they can manage it, and whether this is your first time experiencing their jams or you’ve been following their growth since the very beginning, I think you should give this record a close examination this March. There are a lot of talented blues bands making a name for themselves in the American underground at the moment, but few that I’ve personally found to be as on-point and focused as this act is.