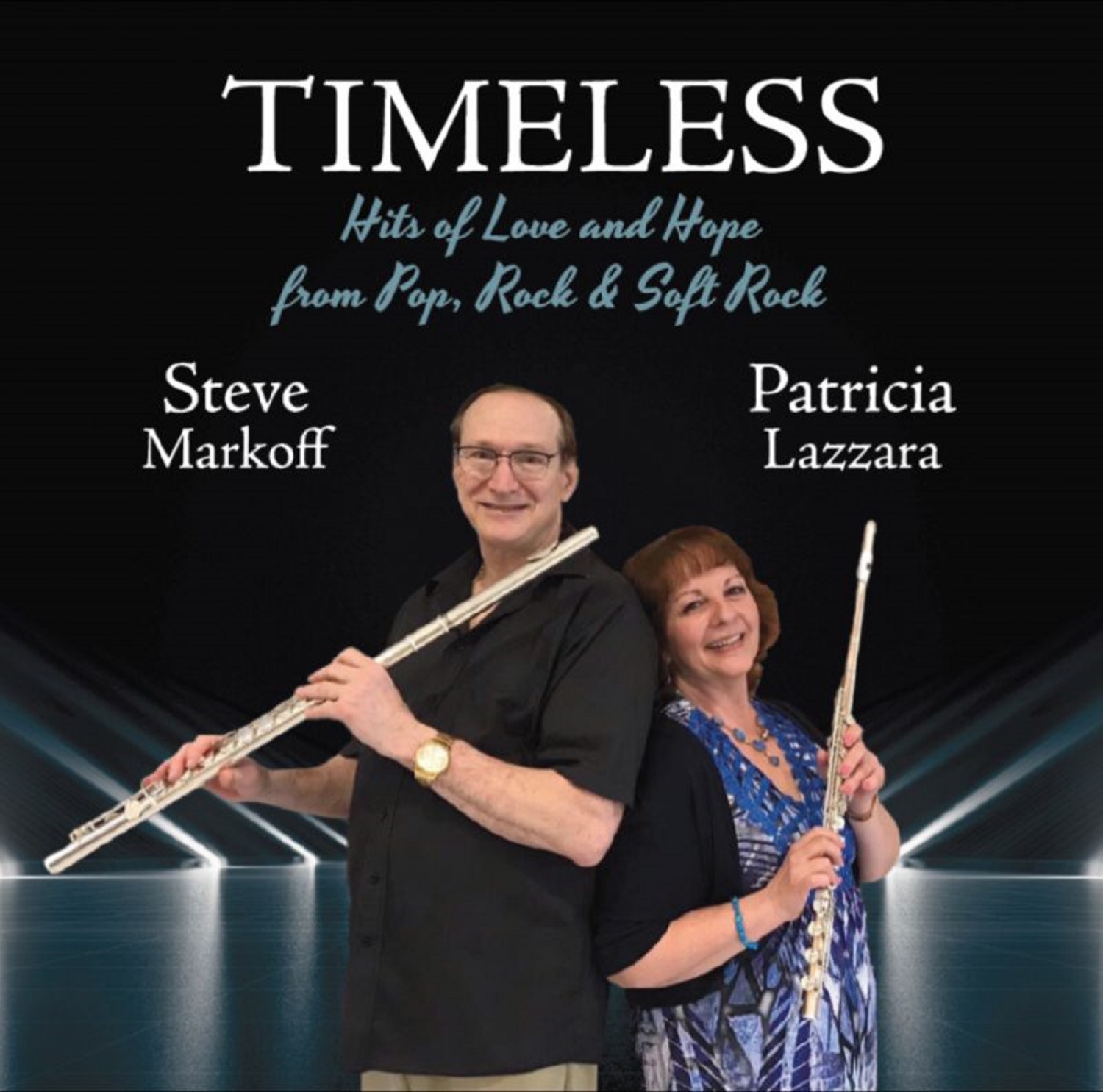 In their collaborative extended play Timeless – Hits of Love and Hope from Pop, Rock & Soft Rock, alto flutist Steve Markoff and concert flutist Patricia Lazzara are joined by Allison Brewster Franzetti on piano for an exploration of some of the most familiar songs in western pop culture, and although the tracks are ones we know by heart, they receive a beautiful redressing from players more than capable of experimenting with their iconic framework. This trio seeks to remind us that tone is often more important than lyrics are when evoking emotion in a great song here, and in my opinion, their efforts deserve all the credit in the world.

Contrasting aesthetical cues help to separate Timeless’ take on Tom Petty’s “American Girl,” the Elton classic “Your Song” as well as the wonderful “Hallelujah” and “Havana,” but I wouldn’t say that this entire record is about juxtaposing different stylistic themes within the same disc. For the most part, all of the material here flows together remarkably well, as though it were originally apart of some strange concert medley – which, to be fair, is pretty difficult to do when mashing together songs like “I Want It That Way” and “Yesterday.”

Truth be told, I think vocals would have got in the way of Markoff and Lazzara’s interplay on “Titanium” and “Wonderful Tonight,” both of which were two of my favorite songs from Timeless’ tracklist. Their flutes do so much to colorize the grooves in these songs, and in some instances, it’s debatable whether or not they’re actually expressing more emotion here by leaving all of the standard frills on the sidelines. Efficiency means everything in instrumental pop music, and in terms of capturing the essence of cut and dry songcraft, this group of musicians did a phenomenal job and then some.

There’s not a speck of muddiness in this mix, and personally, I would like to hear some of Steve Markoff’s contemporaries in this genre try to adhere to as clean a blueprint and he, Lazzara and Franzetti did in Timeless. We’re able to feel all of the textures in this material as often as we’re able to embrace the emotional nature of the harmonies that encase every implied verse, and had the album not been produced with as close an attention to detail as it ultimately was, I’m not sure that we would have been able to enjoy these songs for the wonderfully stylish covers they are.

If you like instrumental harmonies of a delicate but formidably expressive nature, Steve Markoff and Patricia Lazzara’s Timeless – Hits of Love and Hope from Pop, Rock & Soft Rock was made with you in mind. Whether you’re a big fan of flute music or not doesn’t hold a whole heck of a lot of relevance when it comes to picking up this record and getting lost in its hypnotic melodicism, and if you don’t believe me, I highly recommend acquiring a copy of its eighteen song tracklist before the late winter season has come to an end; you won’t regret it.