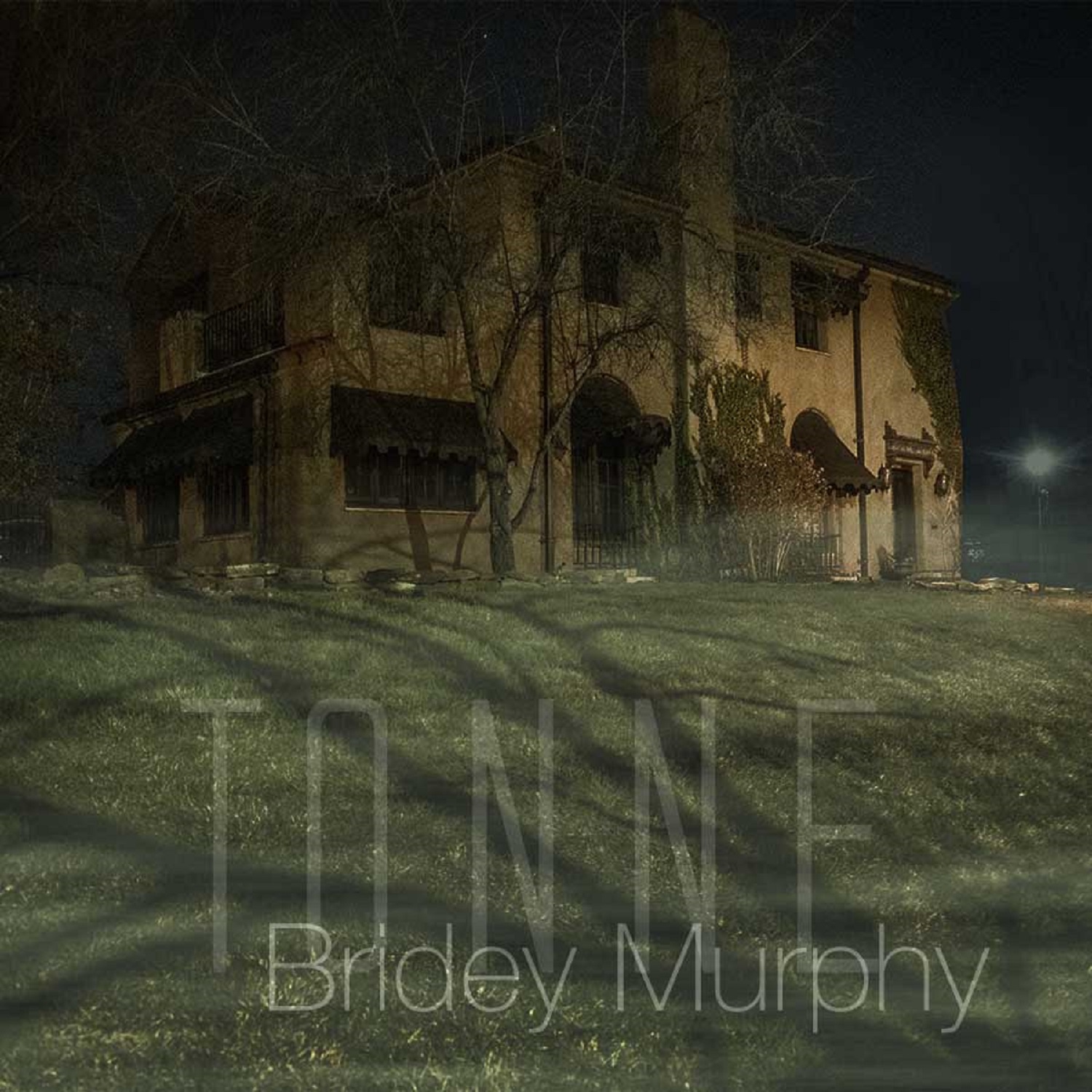 Lush and flowing from every corner of our speakers from the moment “Jesus, Julie Christie!” starts to the second in which “The Great Game” brings us across the finish line, the riffage in Tonne’s new record Bridey Murphy is undeniably the centerpiece of every song it has to offer. At a mere eighteen minutes in total length, Bridey Murphy is a short, simple EP that – from a distance – doesn’t look like much of a watershed, but I would contend that it’s a game-changer for this artist’s career. Tonne is unstoppable in these four tracks, and although ably backed by a strong supporting cast behind the soundboard, he’s always the brightest light in the room here.

Aside from its wild string play, Bridey Murphy is a remarkably surreal record, inviting us into My Bloody Valentine-style spellbinders like “Catalina” as seamlessly as they present carnal riff-rock destruction in “Perfect Dream,” and despite there only being four songs on this extended play, it ends up feeling like one of the more diverse releases of the spring season by the time we get through its layers of rich grandiosity. There’s not a lot of overindulgence here, but that said, conservative aesthetics were clearly not something Tonne was concerned with when making this latest studio work.

Bridey Murphy is a little more polished than I was initially expecting it to be, but its vibrant noise-rock elements still pack enough of a punch to appeal to underground audiophiles as well as casual rock fans interested in acquiring something a bit more left-field than the mainstream sound would allow for this season. Tonne is definitely a student of old school post-punk iconography, but in this record, he’s making it more than clear to the world that he’s his own artist, through and through.

I would really like to hear “Jesus, Julie Christie!” and “Catalina” live sometime in the near future, and having recently recruited new band members out of Denver, Tonne should be ready to oblige this request a lot sooner than later. His style of attack feels like it was born to dominate the stage here, and in my opinion, I think that all of the material featured on Bridey Murphy could potentially sound even more engaging in a stage setting. We certainly get one heck of a teaser in these studio versions, each of which feels more throttling than the one to come before it.

Fans of affectionately melodic noise-rock, experimental pop and vintage alternative rock of the most erudite variety can’t go wrong with the new record from Tonne, which is would go as far as to deem one of the smartest indie EPs to debut in the month of March. There aren’t a lot of songwriters alive that can fuse the abrasive with the harmonious as brilliantly as Mr. Jay C. Tonne can, and much like Howard James Kenny and Michael Gira (both of whom appear to have had a profound influence over his music), he’s going out of his way to exploit this gift for everything it’s worth in this masterful – and highly relevant – extended play.