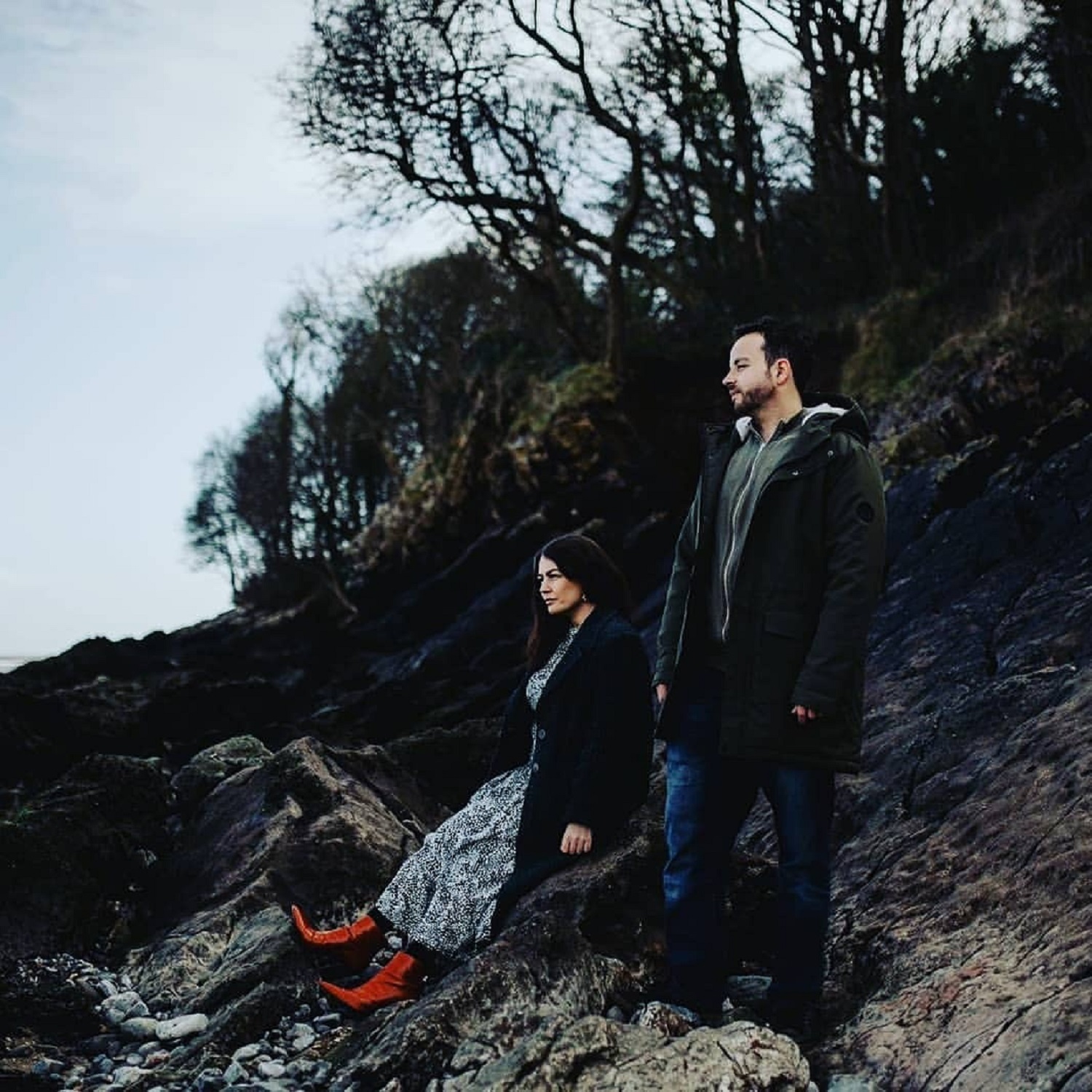 Have you ever felt like a puzzle that has lost its missing piece? Have you thought if your great-great-grandmother felt the same? Derw, a band from Cardiff, Wales, discovered that part of discovering who you are, and finding those clues, means digging back into the family archives, and honoring those memories. “Dau Gam” or “Two Steps” is the first single from Derw’s debut EP Yr Unig Rhai Sy’n Cofio or The Only Ones Who Remember (CEG Records). The EP is out now and features four additional tracks: “Silver”, “Mikhail”, “Estyn Dy Law” and “Ble Cei Di Ddod I Lawr”.

Dafydd Dabson and his mother Anna Georgina founded Derw, the last name of Georgina’s father, after finding success in a 2018 songwriting competition. With a family history of tall tales, rich stories and colorful details, these concepts became easy song subjects. “Dau Gam” features lead singer Elin Fouladi, whose ornamented voice is pure gold. Fouladi has both Welsh and Iranian roots. Rounding out the performers on the single are members of the Welsh groups Zervas and Pepper, Afrocluster and Codewalkers.

I must confess that I’m not equipped to translate the “Dau Gam” lyrics, but what I discovered in my sonic journey is that it transported me in unexpected ways. I felt very connected to the opening piano. It really set the stage for me in the sense that it was warm, bright. It felt classy and calming. Fouladi’s vocals are intoxicating; she breathes you with her lofty melodies. She’s classy, but she also sounds like she could be approachable and just as comfortable singing at a pub as she would at an Orpheum Theatre. I also enjoyed the guitar – it’s distinctively rock, with specks of folky undertones. Knowing that Wales is on the coastline, it’s easy to imagine oneself overlooking greens, miles of water and wiggling your toes on the sand that has been there for ions. This song brings to mind that through music we are all connected – no matter our borders or age.

“Dau Gam” dances along, Fouladi’s natural talents taking center stage. She carries herself with grace and dignity, like she is telling a bed time story. It’s not a lullaby, but a song that really encapsulates life’s journey. It has moments of drama, but mostly hypnotizes the listener into falling for each note, each measure. I was expecting a bit more drums, or even clarinet or brass, but the piano and guitar were so worthy.

Overall “Dau Gam” is tender and fills the mind with bright emotions. This song made me happy and peaked my interest in learning more about Wales, but also made me ponder some of my own ‘missing pieces’. Truthfully I did feel the first listen a bit out of sorts because I didn’t know the language, but I just kept obsessing over the piano keys and the kaleidoscope of loving sounds. Fans of classical music, world music and indie folk rock will definitely enjoy “Dau Gam”. It’s quite lovely and not to be overlooked.