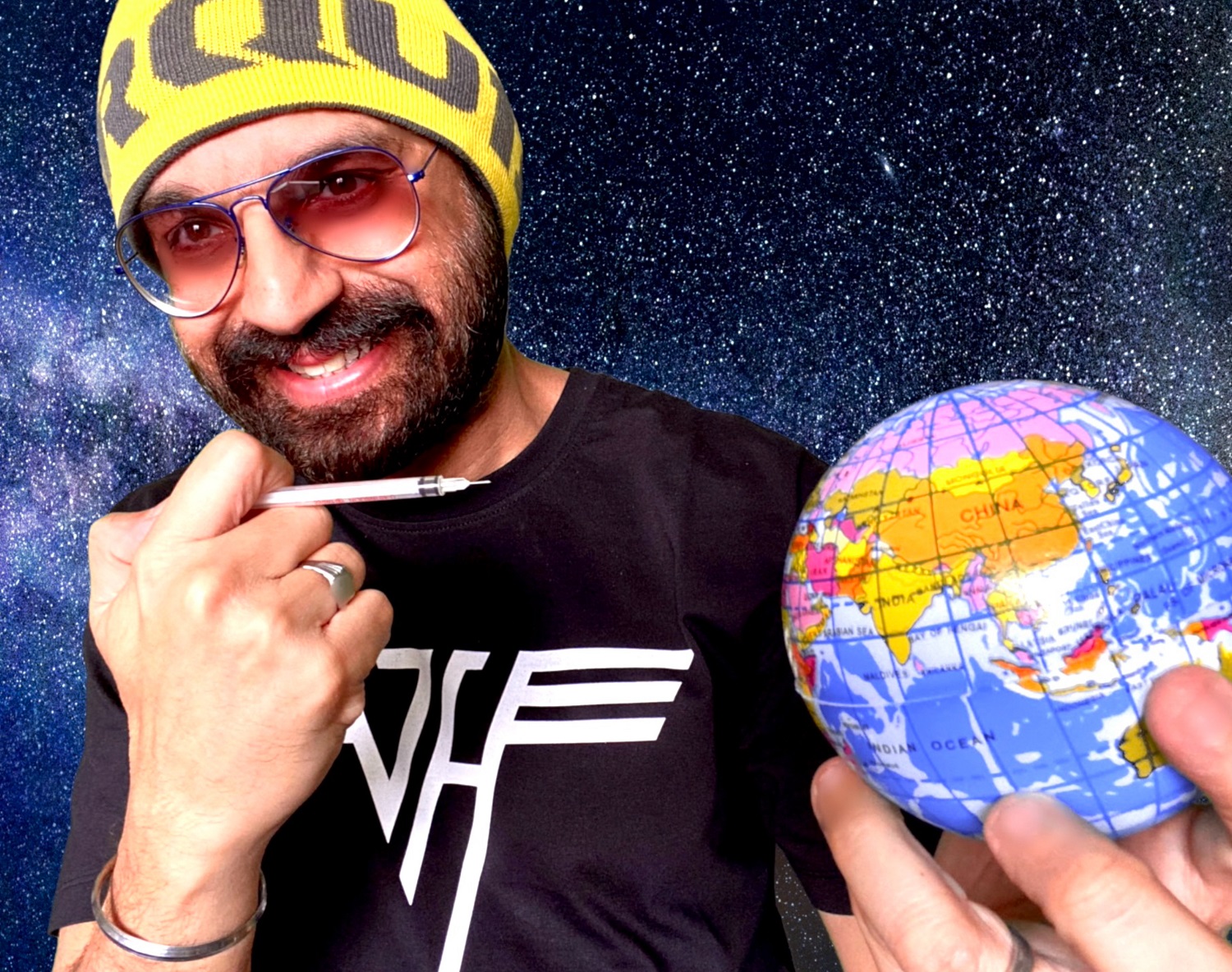 The video for Indian singer/songwriter Vineet’s new single “Jab the World” emphasizes the optimistic tone of the song. A lot of the people included in the promotional clip are workers in the health care field and I like how the participants are uniformly joyful, bounding with life, rather than morose and looking like they haven’t slept in days. The vibrant colors and seamless transitions from one shot to another further highlights the quality Vineet brings to the presentation. There are no holes in this video, no cringeworthy moments, just the same five star polish he brings to the song itself. I find it refreshing, as well, that we never see Vineet once during the video. The emphasis is elsewhere but his lack of ego stands out in a profession rife with performers lusting after any “star turn” they can find.

You hear this in his vocal as well. Vineet has the pipes to dominate any performance, but refrains from imposing his will on the song. He, instead, is intent on serving the track’s needs from the outset and singing along with the music rather than over the top of it. There are singers who expect the music to follow their lead and other vocalists who tailor their vocal take to the musical arrangement. Vineet falls into the latter camp. It is clear that he’s listening carefully to the backing instruments and wants to play to their strengths; he does so with equal parts authority and finesse.

The guitar is seemingly treated with numerous effects, but nonetheless retains considerable bite. I wanted the drums to be a little more hard-hitting than they are, but they do an exceptional job of maintaining the song’s pace and giving it a mild propulsive quality pushing it towards its inevitable conclusion. The chorus has real snap and a catchy hook that will draw even more listeners into its web. It is a rock song, but Vineet has crafted a rock track capable of ensnaring people who don’t normally listen to rock music.

His lyrical content is conversational and direct. Envisioning the possibility that there may be a vaccine for hate one day is the song’s subject and we should be so lucky to have more songwriters in this world who can pull inspiration from the pandemic for a song such as this. It doesn’t dwell in darkness but, instead, seeks out the light. The rhymes are simple yet effective. Vineet’s phrasing puts emphasis in all the right places and the punchy chorus packs quite a wallop.

“Jab the World” breaks through the fatigue and weariness of the last year with an exultant rush. This sounds like a man ready to reclaim his rightful place in the world, no matter what the song’s subject matter is, rather than cowering in fear a day longer. His relentless optimism is infectious and will surely bring a smile to many faces. This is a moment in Vineet’s career he will likely look back on with fondness and it will undoubtedly win him over a bevy of new fans.