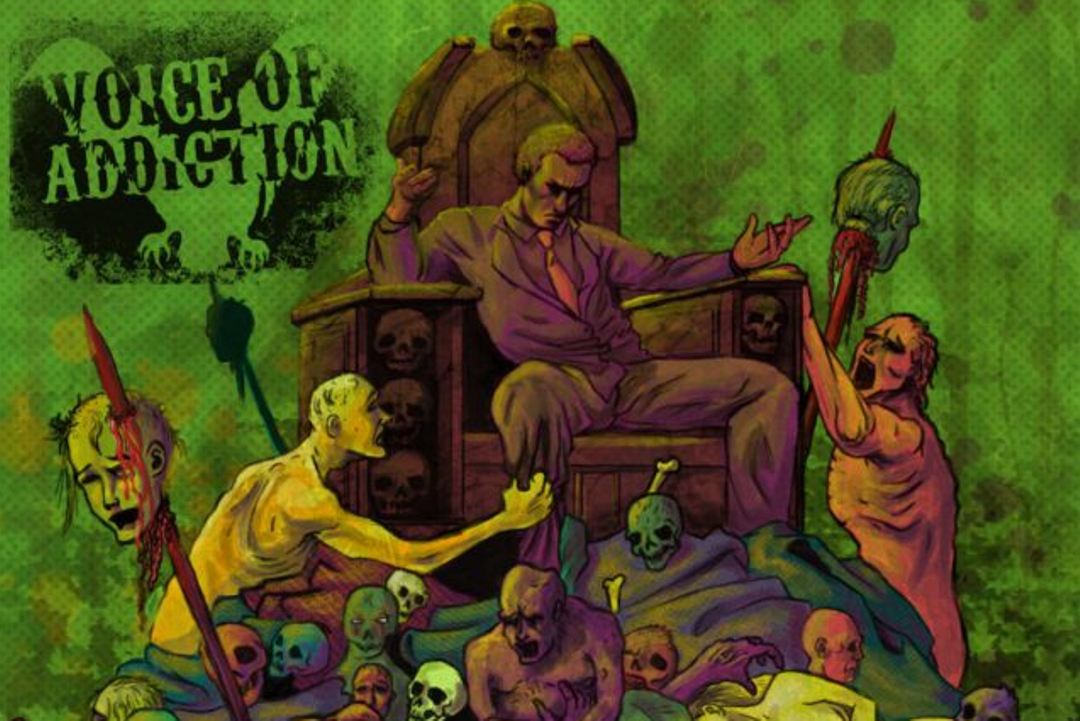 Voice of Addiction – The Lost Art of Empathy

The Lost Art of Empathy is Voice of Addiction’s first studio release in a few years and the legendary Chicago punk act returns to the arena in a big way. The dozen songs included on The Lost Art of Empathy never exceed four minutes and change and are tailored to convey the band’s mood and lyrical ideas with maximum musical punch. Ian Tomele’s songwriting has powered the band since it first formed and through countless lineups, but he’s every bit as vitally engaged by wrestling with modern American life and condemning its injustices as he was as a young man. The popular idea that punk music is, virtually, the exclusive providence of the young is turned on its head by creative artists the caliber of Tomele and proves punk rock is more than a number, it’s an attitude and point of view that chronological age cannot touch.

It’s coming through from the beginning and Voice of Addiction rarely lessens pressure on the gas pedal throughout this song. The album opener “Rustbelt” will definitely speak to the band’s homebase fans with its depiction of hard economic times and the feeling of being left behind. Jake Smith’s guitar work is a significant reason why The Lost Art of Empathy succeeds so well, but he refrains from any showy would-be virtuosity and focuses on serving the song. Dennis Tynan’s drumming is another key component of The Lost Art of Empathy’s success and he keeps his focus on a meat and potatoes approach with fantastic energy. “Unity” continues the politicized air defining many of the album’s songs and summons up a tornado of rage that’s tempered, a little, with a tentative hopefulness that burns through the rambunctious musical arrangement. Few singers today can match the blood vein bursting screams Tomele’s able to dredge up from within and it’s wholly believable, never forced.

There are a couple of songs on The Lost Art of Empathy that wholly dispense with Tomele’s socio-political concerns and, instead, give us tantalizing peeks inside his heart. These are “looking back” songs, but the tone is never elegiac – instead, Tomele confronts these emotions with a head-down charge like he does on the more politically minded material. “Lockwood” and the album closer “Are We Even Human Anymore?” are definitely cut from a different lyrical cloth than the other ten songs, but the musical attack remains much the same. The competing voices handling singing chores on the song “I Can’t Breathe” help make it one of the more energetic numbers on the album and the arrangement is equally energetic while showing cleverness that we wouldn’t normally associate with acts of this ilk. Some of the metal influence in their sound comes across with this song without ever undercutting the punk rock foundation from which everything springs. The Lost Art of Empathy re-establishes Voice of Addiction as one of modern punk rock’s smartest and most musically adept acts – these tunes will translate well to the stage and will surely freshen up the band’s live sets for some time to come.

The Lost Art of Empathy by Voice Of Addiction