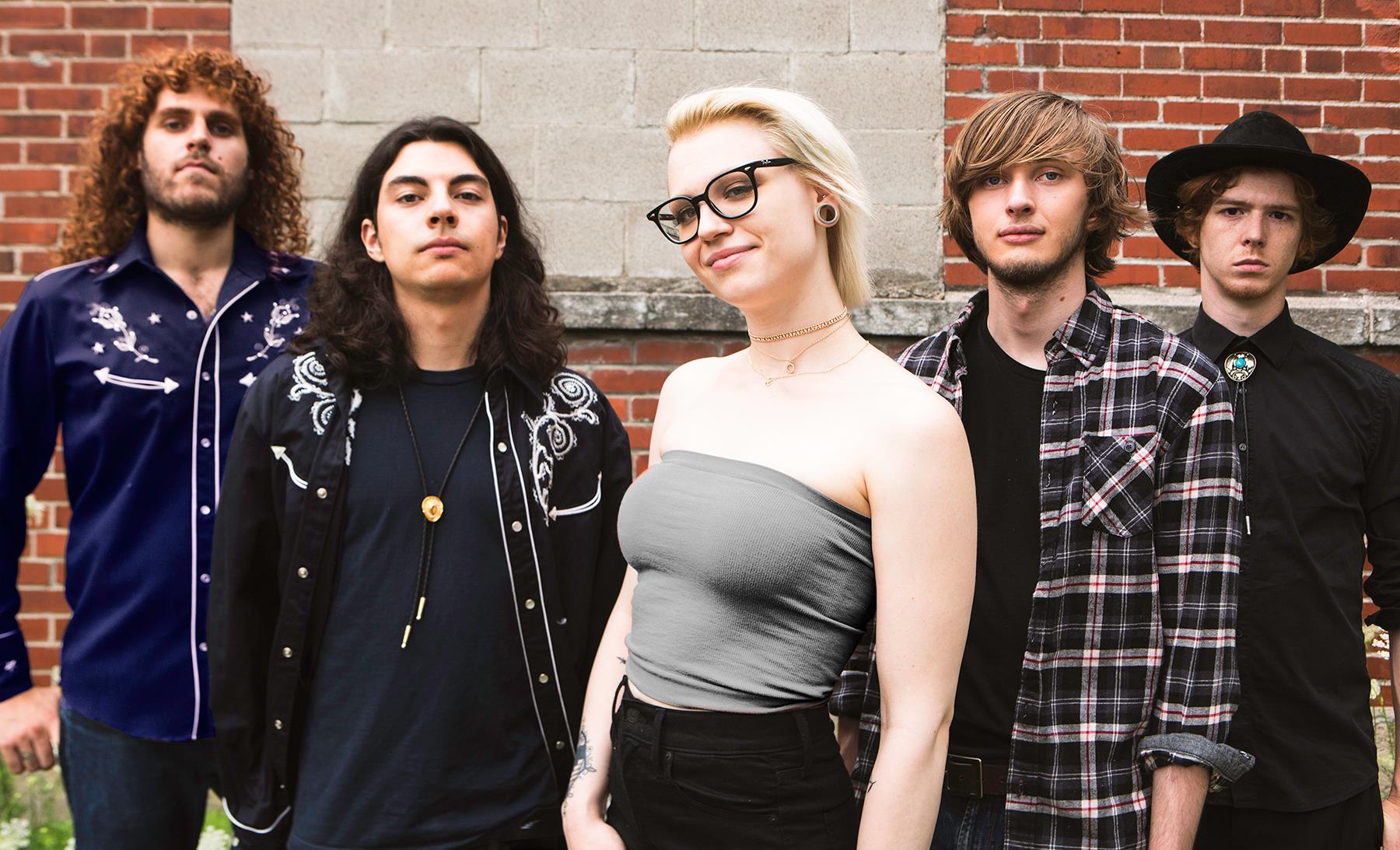 Mary-Lynn and Emmy-Lou Doroschuk are the songwriting engine for Wave 21 and the genesis of the name, the name taken by father Stefan Doroschuk’s pre-Man Without Hats band, enhances what already feels like a strongly familial affair. The self titled debut from this Montreal based band will make a big mark on the modern country/country rock scene and the Doroschuk sisters are going to garner more than a little attention as among the best singer/songwriter duos working in “traditional” music today. The first song “Ya Ya Ya” starts, perhaps improbably, with thunderous drums seemingly threatening to blow your speakers. The song finds its measure quick and the well paced surge of this performance is a good fit for Mary-Lynn’s gorgeous, but clearly strong and elastic, voice. She and her sisters are an instantly winning team while Emmy-Lou’s light keyboard embellishments add creative splashes of color to the album’s canvas. Nick Rivera’s electric guitar playing on this song is quite exceptional and steeped in tradition.

“Here We Go” is a much more sedate song, in comparison, but the quality is just as high. If anything, Mary-Lynn’s voice excels even more with this performance and there’s playfulness and lightness of touch in the way she coaxes out the song’s spirit I find irresistible. A lot of this song seems to breeze by, but if you give it a serious listening while enjoying its melody and mood, you’ll hear the same skill and lean attention to detail defining every song they write. “Love Shouldn’t Make Me Cry” reaches even greater heights with an arrangement bringing a degree of sophistication to their songwriting without losing any of their authentic sound and flavor. The bass playing during this song closely adheres to the song when it needs to, but Stefan Doroschuk’s tasty fills give this song a spin it might otherwise miss.

More great vocal melodies married to jangling acoustic guitars make “It’ll Be One of These Days” another fantastic cut on this self titled first album. Despite the slightly melancholy edge of the songwriting, this song doesn’t surrender any hope and the assortment of voices heard here, with Mary Lynn’s leading the way, rings out over any darker notes. “The Fun Times” is another peak point for the sisters’ writing, but the band really distinguishes themselves with a fleet footed turn through a winding, thoroughly country rock, composition that rewards listeners quite unlike any of the other songs. Wave 21 gives us the album’s most gorgeously rendered moment with the song “Catch Me” with its classic love song sentiments within the lyrics written in the band’s own language and given personal expression by a superior lead singer. Montreal, Canada has produced a real musical stunner with the band Wave 21 and we can expect they will have a big impact on the future live music scene and future albums will only build on this auspicious beginning. Talents so young and complete, in any genre, rarely come along and this will likely be a very special time in soon to be long careers.