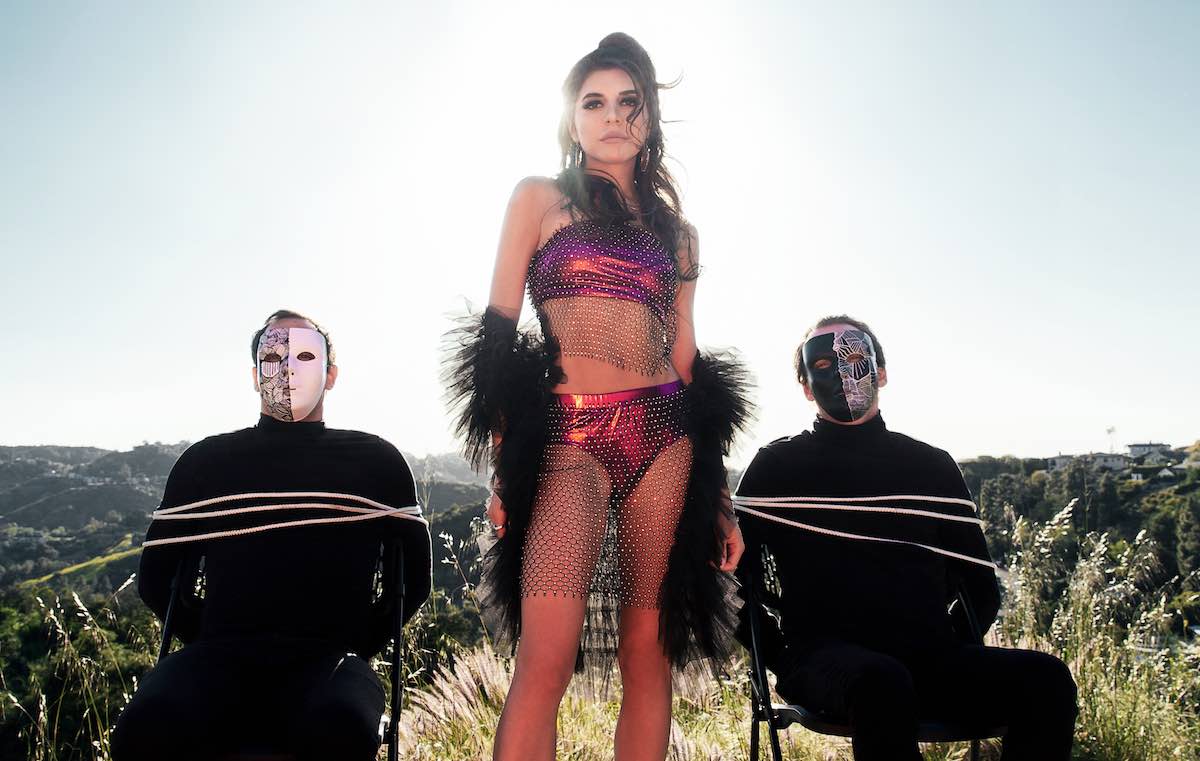 Witchy Trio Cynister Fires Back With Second Single, ‘No Man’

They just arrived on the scene with their debut single ‘Stuck‘, but they are already proving themselves as trailblazers with a second smash barely two months later. Nearing 100,000 streams on Spotify, fans are flocking in numbers to discover Cynister, the trio bringing hard rock back in 2019. Oh – and we still have no idea who the two masked men are.

Cynister’s second single, ‘No Man‘ is a confident follow up to their first, sporting distorted guitars and angsty lyrics. Though a slight departure in mood from their first release, the track still possesses an edge unique to Cynister. Smooth vocals with rich, bluesy melodies overlay distant synths, bringing a pop sensibility to the tune. Though dressed up by a punch of trap, Cynister recordings maintain a ‘live experience’ just like the best of the alt-90s.

Taking us on a journey lyrically, it’s as if ‘Stuck‘ gave rise to a newfound strength. From being “all out of venom” to saying “F*** it, I don’t wanna meet your mama,” ‘No Man’ is an upbeat celebration of autonomy: realize your freedom, and rejoice in self-sufficiency.

“In society, women are made to feel like they need a man to depend on, which is a ridiculous and outdated paradigm. The idea that we need anybody or anything but ourselves to be happy is such a toxic notion.” — Cynister

Keep up with the mysterious trio on Instagram and stay tuned for the next part of their story.