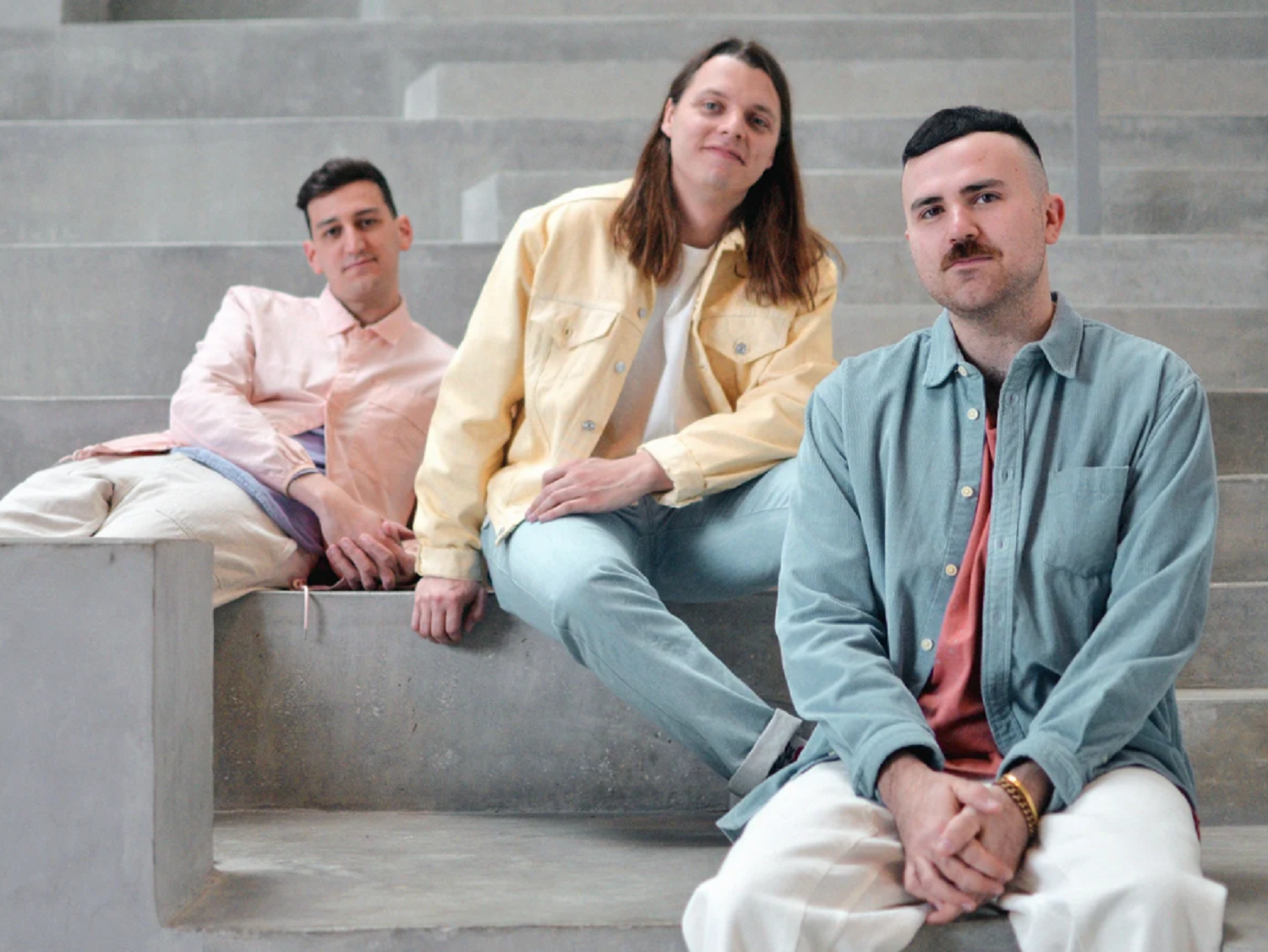 Wrestlers is a pop infused power trio hailing from the Lone Star State, Texas, they have evolved during their brief history from house/dance music origins with a much more expansive collaborative cast into a focused, yet wider sounds, drawing from strands of groove oriented disco and yacht rock. They are not the sort of band reliant on electronic instrumentation or sampling; “Keep My Cool”, from their EP Change, embraces a live and diverse sound reflecting the band’s growth over the last two years. Aidan Kennedy, Trevor Scott, and David Elkin are releasing some of the most interesting pop influenced music today and this new single bears out that assertion for anyone willing to give it a chance.

Wrestlers, as mentioned in the first paragraph, are not reliant on electronic instruments to make their material fly, but it doesn’t mean they forgo such sounds in full. There is a fat and warm synthesizer presence in the song from the outset and Wrestlers do an adept job weaving its sonic signature around the drumming and minimalist guitar. The arrangement incorporates brass-like sounds into the song and the instrumental bridge after the track’s half way point is rife with atmospherics. It heralds a brief but significant tempo change as the song picks up pace, but Wrestlers return to the song’s initial groove for the cut’s final lap.

The track has a catchy and well thought out vocal melody elevating the lyrical content. Post production effects manipulate vocalist Trevor Scott’s voice but never in overwrought fashion; much like the instrumental bridge, these effects add a measure of atmospherics to the performance without ever sounding like needless tinsel. The lyrics possess a natural progression and have surprising storytelling attributes many listeners will not associate with this musical style; the sonic elements of the track are put together in an intelligent way and the words are composed with the same attention to detail.

Listeners never lack a firm grip on Scott’s voice despite the aforementioned effects applied to the recording. Scott is placed well within the mix, never having to strain to be heard over the instruments, and exudes charisma without ever obscuring the track’s music merits. It’s a thoroughly likable performance. It is often a line well meaning reviewers trot out attempting to promote a release, but it is true that Wrestlers are producing songs and music unlike anything else in a pop vein today. It establishes a physical connection with listeners while appealing to their intellect as well without ever risking pretension. This is no small achievement.

Based on this single alone, it is easy to assume the band’s EP Change illustrates that moment when a talented musical unit finds their “voice”. Wrestlers are performing and writing songs with obvious reference points, but they transmute those influences through their own unique experiences and skill set to emerge with something all their own. This has the unmistakable glow of inspiration lighting up each second of the recording and will make countless converts for this Texas three piece.