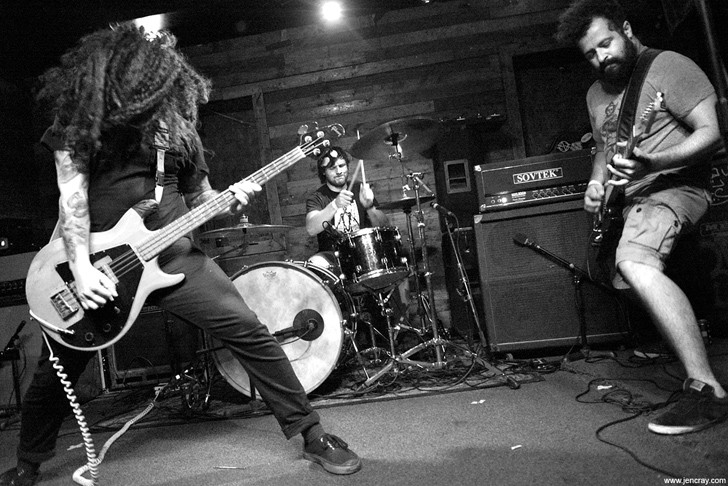 Wrong – On the road and making it loud

Relapse Records recording artists WRONG gets on the road in continued support of their self-titled full length album debut. Inspired by alternative metal, stoner and 90’s grunge, Wrong caters to a new generation of noise rock aficionados while still heavily grounded in the classic southern metal sounds. This makes for an even sound that has garnered the band many followers in the past couple of years.

WRONG’s lumbering guitars rip through your cerebrum leaving their weighty imprints throughout as the rest of the instruments try to catch up and add their own special sonic devastation.

According to them, prior to their show at St. Vitus in Brooklyn, NY on May 19th, all members indulged in a bit too much party and drink and evidently ran into a little hiccup. “We got super wasted and every single one of us got completely lost and met up late at the show the next day.”  Says Nunez. When asked what their recent favorite song to play live, Nunez says “Mucilage, it straight up has the heaviest breakdown in the entire set.”

Nunez joins Wrong on bass for this tour, and is a founding member, guitarist, and vocalist for Miami, Fl based heavy rock trio Wastelands. Wrong guitarist and singer Eric Hernandez also plays in Wastelands, adding his drums skills to Nunez’s band. Both Brian Hernandez and Ryan Haft are ex members of the now defunct heavy metal/hardcore Miami band Capsule.

Check out Wrong’s video for”Entourage” and if you are in Miami, make sure to catch them live at Gramps on Friday, June 16th with No Dice and Prison Warder!