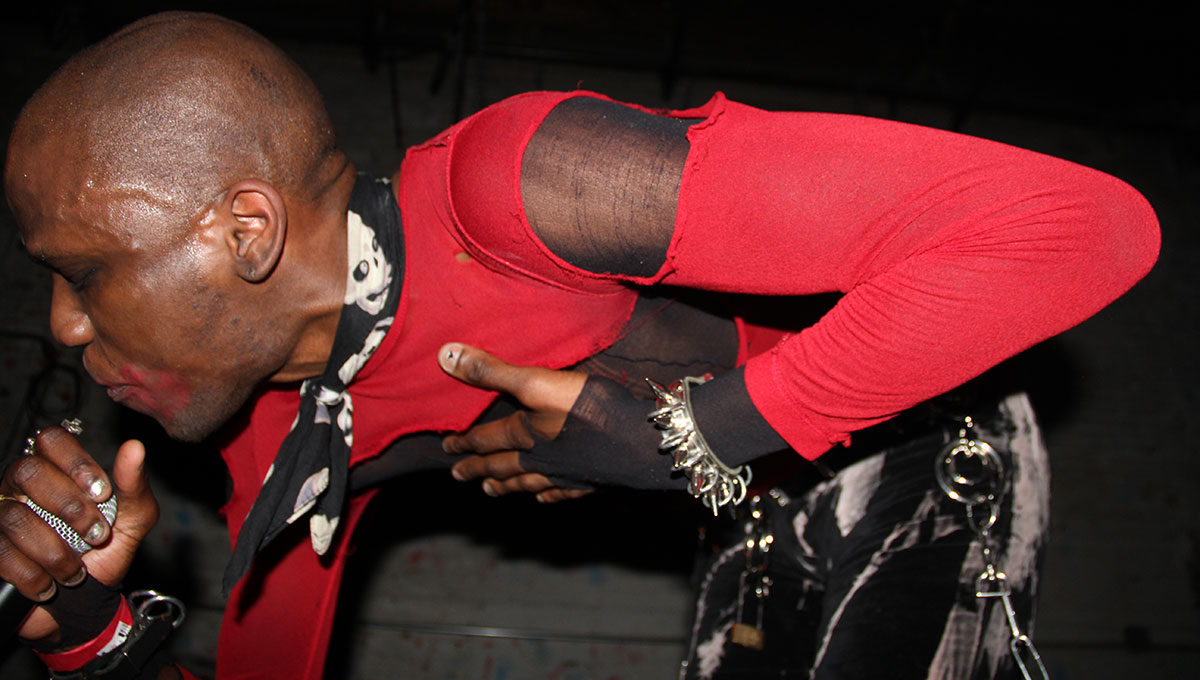 Yves Tumor at The Ground. You are not ready.

Time to make peace with the fact that after Saturday night at The Ground, we might not be the same people anymore. Yves Tumor is headlining the night, and the only thing that can ever be said for sure about this artist is that we have no idea what to expect.

Yves Tumor’s previous visit to Miami was during the last III Points (that just announced a date change, read about it here), and he shocked thousands of people in the audience by putting on what can only be called a “rage induced industrial trap rap performance with BDSM influences”, including belittling the sound engineer and generally displaying more belligerence and rage on stage than most hardcore bands. We like this. The show’s we’ve seen captured on film reflect this, with chains, masks, and straight up stage performance being ad big game pieces on Yves Tumor’s board as the music is.

Needless to say, this show is creating it’s own weird kind of hype, and one can expect a lots of the more eccentric characters of Miami to show up at a place they don’t usually go to (The Ground is located in the Space Miami club building). To make the night even better, a series of heavy hitters and strange actors from the local “art meets music” scene are on the bill as openers, so we know it’s gonna get… strange. Make sure to get to the venue not too late after the doors opening at 10pm, so you can catch Dim Past, Human Fluid Rot, and Nick Leon b2b Byrdipop in their opening sets!

And have a taste of what Yves Tumor does on record, which sometimes has nothing to do with the live stuff!