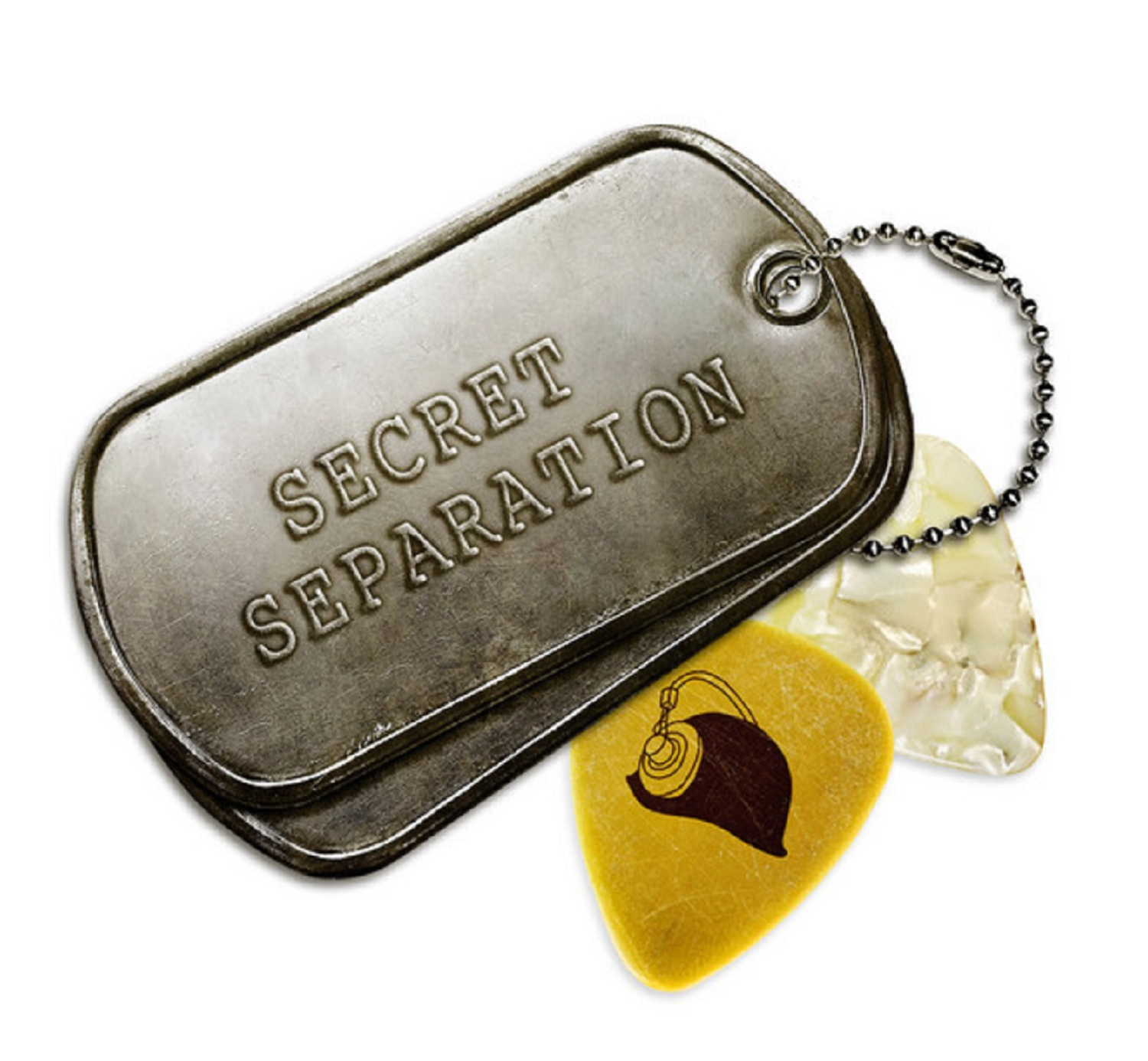 A Break in the Battle – “Secret Separation”

When I hear the opening strum of the Gibson-1 from Jack White in “We’re Going To Be Friends” I immediately think of the opening credits from 2004’s Napoleon Dynamite. That visual is just burned into my brain. I didn’t feel transported to a movie in the new song “Secret Separation”. Instead, the band A Break in the Battle communicated a feeling of loss of security, and in many ways a loss of innocence. That guitar, sounding like a Gibson-1, it triggers something in my heart, and in “Secret Separation” I just couldn’t let it go.

A Break in the Battle didn’t write the song, but they sure tell the story. In 1986 the pop rock band The Fixx put an 80s flare to the beautiful words. A Break in the Battle, a tight pop rock / Americana / folk trio from Dallas, Texas, brings a wealth of experience into “Secret Separation”. Making up the band are Salim Nourallah (Old 97s producer), Chris Holt (member of A Hard Day’s Night Beatles tribute and Don Henley touring band) and Paul Averitt (A Hard Day’s Night Beatles tribute). My ear caught a crossing between Jack White and a bit of the “Yesterday” and “Black Bird” chord arrangements in this song. I think what also seeps into the mix are The Shins, Phoenix (less New Wave… an ode to The Fixx) and perhaps a tint of R.E.M. Being that they are from Texas, someone might also suggest “Secret Separation” has some Jon Dee Graham lyricism – they would be correct with the pristine imagery.

Be brave there will be no isolation, the chorus starts. In our secret separation, you touched my heart, it continues. I cheated and read the press materials on the song first and discovered the song was chosen to cover after Nourallah’s mother’s Alzheimer’s suffering. Knowing that he connected these words around such a profoundly sad time really gave me a bias of being sad, of being concerned. He was saying goodbye to her, knowing that she was still living. But the mom he knew was going away. I was fully aware of that image and it felt tangible. If you were to listen to the song without knowing this, I think a listener would be quick to imagine this as a breakup song, or ending a very long marriage. Two people just drift away. It sounds completely unbearable either way. Yet, there’s such a lovely joy to be heard in “Secretion Separation”. This is why music is so powerful.

What makes “Secret Separation” all the more special, besides the lyrical impact, is that cascading guitar, embellished only by a bloated percussion and shimmering piano bed. It’s like being a lazy river tube, floating away, and being absolutely ensconced by the vocals and the guitar; it’s the blinding Texas sun that serves as the magnet on that river. The protagonist in the song is that sun, that overpowering force we don’t want to look away from. The vocals have just the right amount of harmonies – never to outdo or show-up the lyrics and the guitar. Maybe I’m focusing too much on the guitar, one might think I’m romanticizing the acoustic guitar. “Secret Separation” has a cosmic element, a dreamy quality. It’s rooted in love.