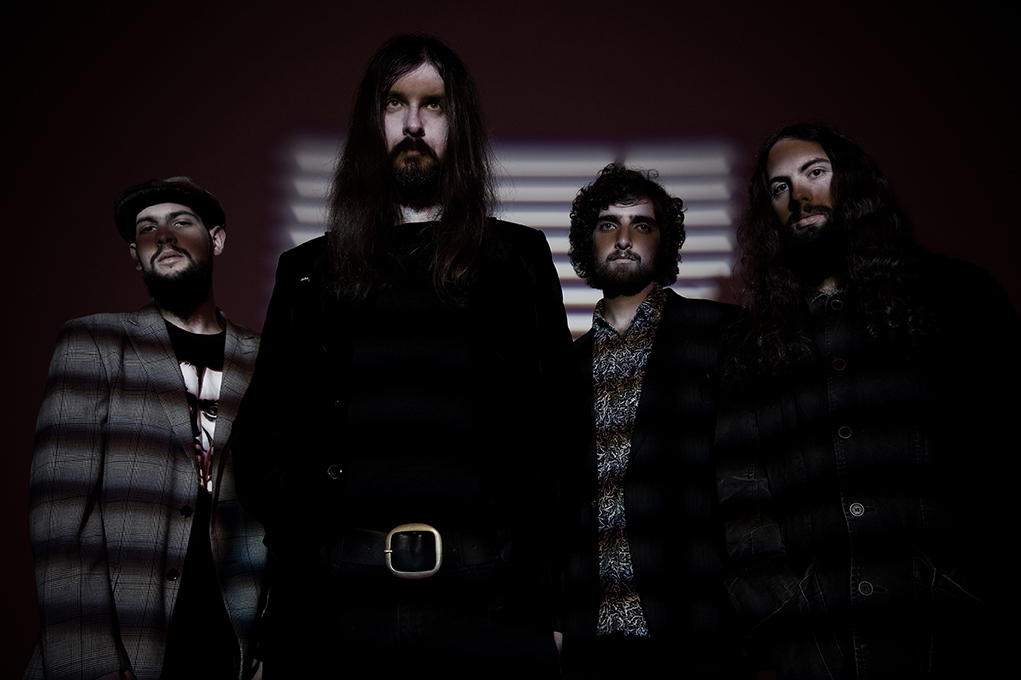 Horror Stories and Dreams, a Conversation with Uncle Acid

The British band Uncle Acid and the Deadbeats ( also know simply as Uncle Acid) are one of the unquestionable leaders of the new psychedelic rock movement that has been gaining notoriousness in the past few years and have rapidly become a cult band. Dancing in a gray area between rock and metal, their sound evokes the darkest souls and force them to reveal themselves.

With strong influences from the 60’s and 70’s rock, Uncle Acid tell stories about mass murders, vampires and witches, all of them tainted with a modern twist.

The band is currently touring the U.S. in support of their latest album, The Night Creeper, released last year. A couple of days before their show in St. Petersburg on September 4th, we had the chance to talk to Kevin Starrs, founder of the band.

How did you come up with the concept behind the band. Was it something that was planned beforehand or did it start developing as the band started playing together?

It was planned beforehand. I always wanted to have a band where there was a balance between light and dark so you will have the dark riffs and the dark lyrical content and mix it with very melodic vocal lines and harmonies. I always liked that sort of contrast. So the idea was there from the beginning, it ended up turning heavier that what I actually planned in the beginning. The initial idea was more toward the power pop and it kind of went heavies and heavier, it was a natural thing.

You were unemployed at the time, so was forming the band some kind of outlet to kill time?

Yes, pretty much. I didn’t have any income and I decided to invent my own job, being a musician. And that’s pretty much what I did, I started recording some of the songs that I had written and it just took off from there really.

Do you remember the first song that you composed  for Uncle Acid?

I think it might have been “Vampire Circus” or “Witches Garden” but yes it all happened very quickly that first album (Vol I.)  anyway.

Besides being a very talented musician you are quite the storyteller. Although the 60’s cult influences are notorious, I wonder where do you get the ideas for your lyrics from? Books, movies, life experiences…

I guess a lot of films. If I watch a couple of good films that kind of gives me an idea and then I mix it with my own concepts and stories, things like that.

And do you ever dream about the songs you write? About the stories you create?

How was the process of rebuilding the band after Blood Lust?

It was difficult because where I was living there was no other musicians, in Cambridge so I really had to head to London to try and find people which is, I think, similar to what Pink Floyd did, they started in Cambridge and then they moved to London to start their career. It was a similar thing with us.  I eventually found everyone I needed in London.

There is a come back to psychedelic rock, not only in the U.K. but in the West Coast and even in South America. What advice would you give to bands and musicians that want to start exploring this genre?

Just be true to yourself, do whatever you think you need to do, don’t try to jump into any bandwagon just because you think is going to make you popular, just write the music that you have to write and then everything will come naturally. Follow your own path really.

Do you think the resurgence of vinyl has helped the rebirth in popularity of psych rock?

You recently released a  double single Pusher Man and Remember Tomorrow. Why did you choose Iron Maiden’s “Remember Tomorrow” to make it your own? Why that particular song?

Well we originally did it for a compilation for a magazine and it turned out so good that we decided to use it as a B side for our own single. “Remember Tomorrow” is one of my favorite Maiden songs.

You are currently touring the U.S. playing uncountable shows. Is there anything in particular that you miss from home?

Not really, I’m so used to being away all the time. Maybe I feel distance from football, it’s hard to keep up with, you miss the games when you are on the road, that can be quite difficult, but of course with internet you can see the results but it’s not the same. That’s probably the only thing I really miss.

What can you say to someone who hasn’t seen you play live yet? What can they expect?

Just a lot of heavy, fuzzy rock music. It’s aggressive and dark and shadowy. It’s not your average rock show, there is no flashing lights, just people playing a lot of heavy music on stage and I think people enjoy it.

To listen to the entire interview please tune into Jolt Radio on Thursday 9/8 at 6pm or find the audio on joltradio.org after that date.