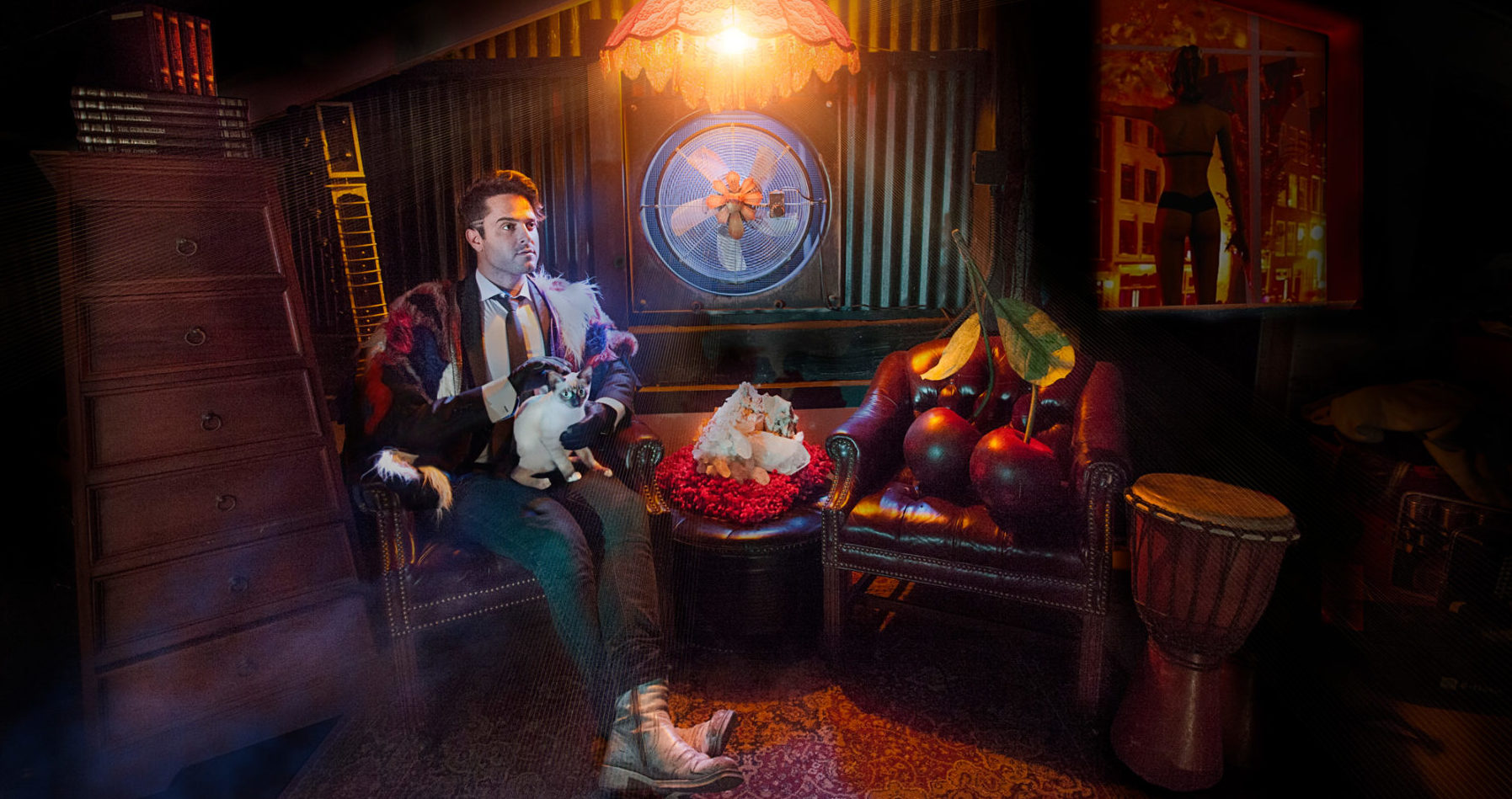 Today we premiere Nathan Owen‘s debut track “Keep It Runnin'”. The groovy, dreamy sounds of the track transport you into a dream in which you’re dancing with video game characters on an alien world. When you think of “post-apocalyptic robo-glam”, the first thing that comes to mind probably isn’t a sandpaper factory. Yet that is where Nathan Owen first began to build props and design costumes, working at the corner of his father’s industrial enterprise, soon to move out into a film studio of his own.

L.A. forced Nathan to relocate more than a few times, the constant displacement serving up equal parts dismay and creative fodder for his endless cycle of solitary ideation and creation. “I’m in the process of moving for my third time in fewer years, and my whole world is shifting into a new being.  I put a lot more time and effort into cultivating where I live than most renters, probably because of my background in filmmaking and set design, but also to be able to create my own environment and reality as a place where I can create efficiently and happily,” says Owen.

Owen continues “I dream about the freedom of leaving everything behind.  Then I continue packing up my room, where someone else will live soon, into boxes I label according to compartments of my life.  Keep my head down. Keep on going. Keep it runnin’. That’s all I can do.”

His bold sonic palette draws from hues of both film and musical influences, ranging from the dark synths of Blade Runner and S U R V I V E to John Carpenter soundtracks, Ratatat and Tim Burton movies.

Check out Nathan Owen on Instagram, while you listen to “Keep It Runnin'” bellow: