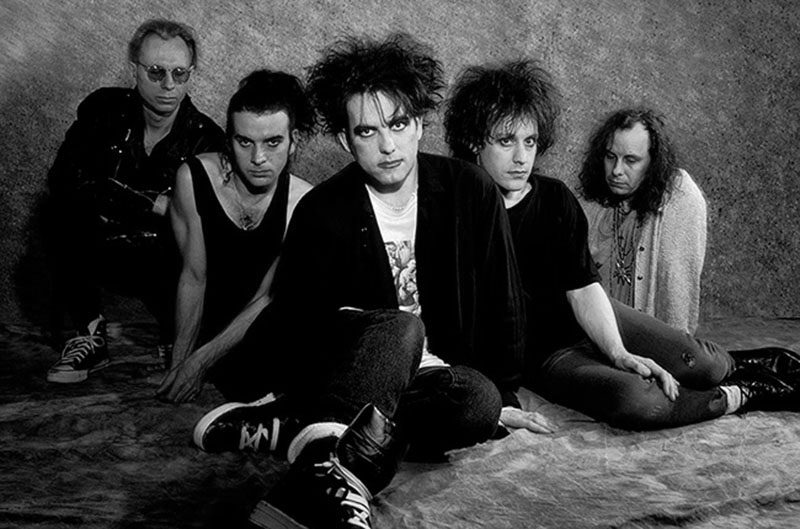 Last year The Cure announced a 2016 summer tour celebrating “37 years of Cure songs,” mixing hits, rarities, favorites, and as yet unreleased tracks in a brand new stage production. Since the tour kicked off in May, The Cure definitely want you to get your money’s worth when they play live. The long-running British rock group is known for long, long sets of music, followed by as many as four encores. And not just one song and done.

In celebration of The Cure’s upcoming visit to Miami, June 26th & 27th. I’ve put together a list of my 10 favorite video’s. To strip 37 years of this seminal bands material to only 10 great videos wasn’t easy, but this list gives you 10 great songs to listen to and is a great introduction or a good reminder as to why The Cure are essential listening any day of the week.

The bands girlfriend’s were a huge influence on their music. This video in particular features a cameo of Robert Smith’s girlfriend soon-to-be wife. And this track was the band’s first American hit on the Billboard.

Inspired by a dream Robert Smith had about being locked in a closet that fell off a cliff into the ocean. That image was brought to life in this video.

This was the first single released by the band in 1982 and the first music video directed by Tim Pope. Tim went on the direct a total of 15 video’s for the band, and has worked with other great bands such as Siouxsie & The Banshees, Talk Talk, Soft Cell, and The The.

This single was first released on Seventeen Seconds in 1980, and is most exemplified as The Cure’s early gothic rock phase. It was then remixed and re-released again in 1990 on the Mixed Up album.

A haunting song about love lost. This video was shot in Ballachulish, Scotland during the February 1990 “week of the big snow”, with Robert Smith mentioning that he had never been colder before.

Probably one of The Cure’s darkest and creepiest videos it  won them “best video” at the 1990 Brit Awards. This is based on a recurring nightmare Robert Smith had as a child where he was eaten by a giant spider; Smith says the song is about the fear of sleep.


Head on the Door is probably one of my favorite album covers for it’s day glow art. The video then brings that cover to life with this single about a triangular love affair.


There isn’t a single Friday that goes by, I don’t think of this song and fall in love all over again.


This is one of my favorite dark romantic songs. Written as a wedding present for his fiancee Mary before they were married. I think this is every goth girl’s dream.