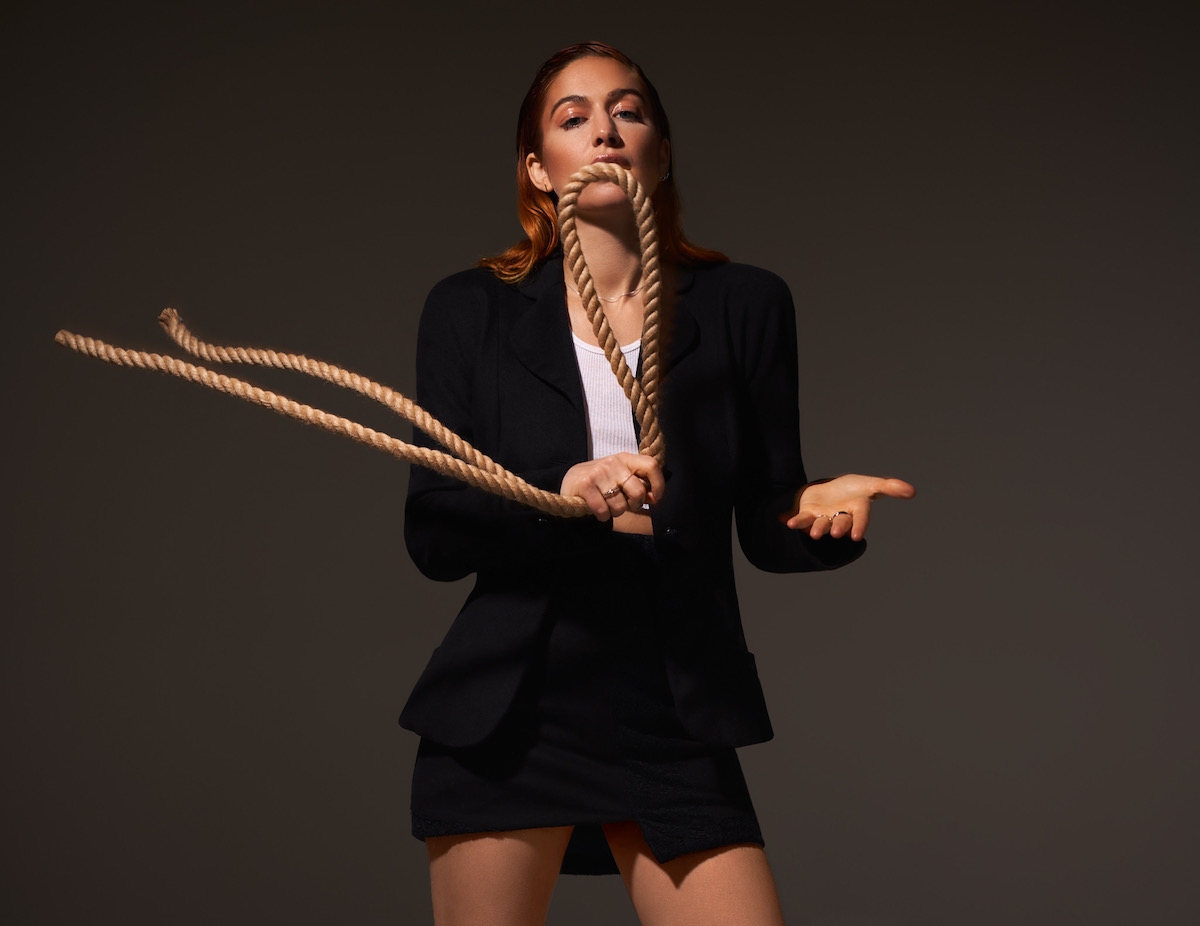 BIIANCO is the electronic chill-wave brainchild of LA musician, Gabby Bianco. Her debut single, ‘Get Up’ is a gentle war cry to anyone who tries to hold her down. “I wanted to show that ferocity can sometimes come in the form of a whisper,” she says. For the music video, BIIANCO and her all womxn crew drew from ancient Sumerian mythology to relay a theme of rebirth.

The music video for ‘Get Up’ re-tells the story of Mesopotamian goddess, Inanna, who was brought down into the underworld, hung from a hook and stripped of all her glory. The video begins by zooming out on a tied up BIIANCO who wears a white corset and black diamond studded gloves. She’s blindfolded and though is she is literally hanging by rope, doesn’t struggle an inch.

According to the old tales, the goddess Inanna eventually rises from the ashes even more powerful than before: when the chorus hits, BIIANCO falls to the floor and frees herself. Rolling around she grasps at her neck and pulls apart the rope, throwing it into a fireplace behind her. She crawls out of the space, which we begin to see is coated in vines, into a bathroom overgrown with more greenery. She slowly removes the gloves and her jacket, remaining blindfolded until she submerges herself in a bathtub. Our goddess coughs up a match, picks it off her tongue and finally sets fire to the furnace where the ropes are. The end of the video finds BIIANCO cleansed with white flowers in her hair. She delivers a soft breath and peaceful smile.

Gabby noticed a gap in the music industry where women should be seated so she decided to step up on her own. ‘Get Up’ was her debut announcement to the world that she was capable, despite expectations that fall on female figures, and should she fall, she’d most certainly get back up. Gabby engineered and produced the single herself and thank goddess is totally leading the way for those aiming to take back and hold their own space.

Listen below and keep up with her on Instagram.