Happy 4th of July! While BBQ’s and fireworks are certainly on the agenda, so are some great music happenings in our swampy locale. Another week, another round up of music-centric events you shouldn’t miss out on! This weekend: shows to see in Miami include an avant-garde showcase at Churchill’s, a record release party at 1306, and rock n’ roll at a warehouse. Check out our picks! 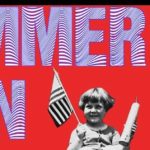 Looking for a perfectly playlisted 4th of July pregame experience? Head to Technique Records tonight for their Summer spin event. The all-ages event starts at 7 pm, and boasts of free PBR and Pizza Tropical while supplies last. If free pizza and beer aren’t enough to get you there, DJ sets are brought to you by some of Miami’s best David Brieske,  Mr. Jolt of Jolt Radio, and Sister System. No tickets or RSVPs necessary, so head out to drink, dig and listen to some great music. 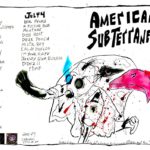 Brought to you by Vidium, American Subterranean is on its second run tonight of a two-day showcase of south Floridian Avant guard musicianship. Spread out through the entirety of the venue, the all-night party features local vendors and drink specials as well as a stacked lineup. With over 18 bands set to play, each outfit is split into groups and granted 15 minutes of stage time each. The lineup includes Donzii, I’m Your Knife, a Fucking Bug among many others, with DJ Gabe Miranda keeping things moving throughout the night. Doors open at 5 pm, with music scheduled until close. The event is 21+ and $5 at the door! 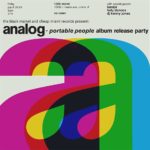 Miami based 4 piece analog are celebrating the release of their latest LP Portable People on Friday over at 1306. The album, recorded at Romanelli Recordings in Hollywood, is the band’s first full-scale release since their debut EP Extended Pleasure. Joining them on stage are indie rock outfit Holy Dances (WPB) and locals Baraja, with DJ sets from Kenny Jones. The event is powered by The Black Market and Cheap Miami Records. Vinyl and merch will be available on site. Head out this Friday for a free event, celebrating some great new miami-based music with DJ sets from Kenny Jones. 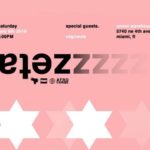 Tropical post-rock outfit Zeta will be at local DIY space Union Warehouse (5740 NE 4th Ave) on Saturday alongside the Space-goths Vagnauts and dream pop tunes from Womanhouse. The Union warehouse space is brought to you and curated by band members of the same name, who have long been benefactors of the DIY Miami music scene. Saturday’s all-ages event begins at 7 PM, shutting down at the organizers’ discretion. Tickets for the show can be purchased at the door for $5-$10 (sliding scale donations for the bands). Bring your records as the decks are open to party-goer to spin some vinyl between bands. 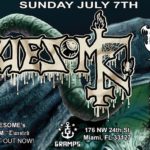 Brought to you buy Endoxa Booking, Death metal outfit Gruesome will be playing at Gramps on Sunday, their only U.S. date before heading out on a European tour in support of last year’s Twisted Prayers LP. Also on the lineup are doom merchants Absolver, old-school heavy metal Faethom, and local three-piece death-core favorites Los Reyes Bong death. The event is 18+, starting at 7 pm, with tickets standing at $13 via ticketfly or at the door.

That’s it for this iteration of This weekend: shows to see in Miami, don’t forget to send us your events via our socials so we can include them in our Miami music agenda!