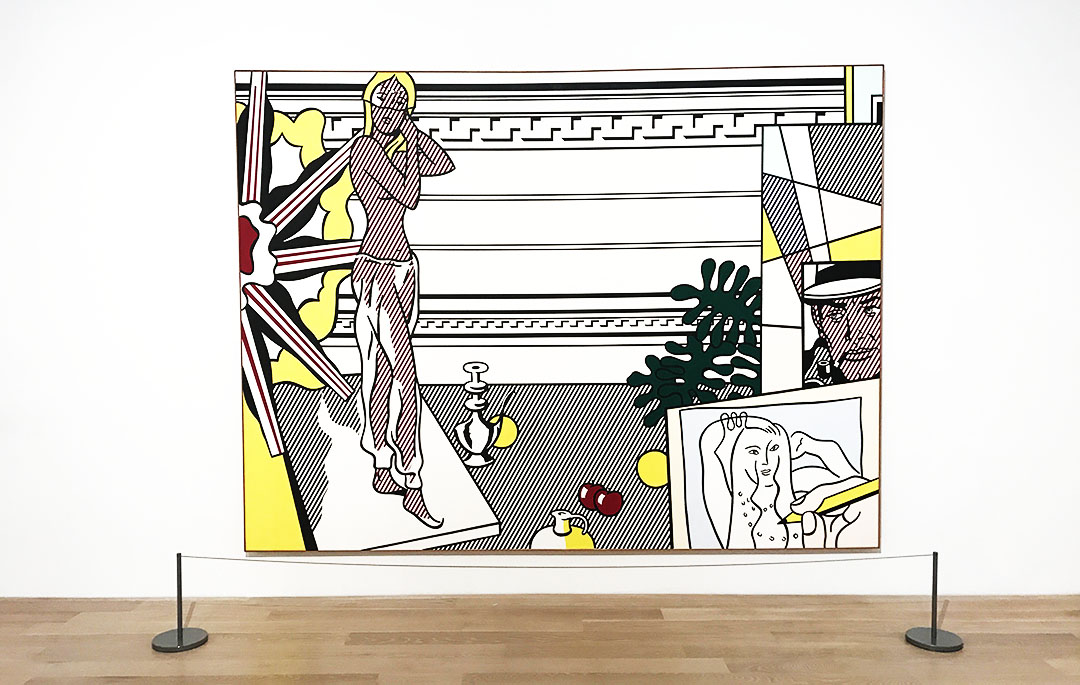 The Everywhere Studio at ICA Miami

The Institute of Contemporary Art inaugurated its brand new building in Miami’s Design District in December. The modern and minimalist location seems to bring a little piece of New York to South Florida, since it’s design reminds one of the New Museum in the Lower East Side.

The biggest exhibition that is currently showing is called The Everywhere Studio, a major group exhibition that takes over two entire floors exploring the significance of the artist’s studio, from the post-war period to the present day.

Encompassing some 100 works in painting, sculpture, video, and installation, The Everywhere Studio brings together over 50 artists from the past five decades to reveal the artist’s studio as a charged site that has both predicted and responded to broader social and economic changes of our time. Through a combination of post-war artists through emerging practitioners—including Pablo Picasso, Yves Klein, Philip Guston, Bruce Nauman, Carolee Schneemann, Dieter Roth, Andy Warhol, Martin Kippenberger, Rosemarie Trockel, Elaine Sturtevant, Anna Oppermann, Joyce Pensato, Andrea Zittel, and Tetsumi Kudo, among others—the exhibition aims to create intergenerational dialogues that enhance understanding of the most innovative artists working today.

From the studio as a site of labor; to one that blurs production, performance, and spectacle; to a concept that defines the artist’s own identity; the exhibition examines the work of artists who, in response to changing socioeconomic influences, represented new modes of working and living that would subsequently spread across society. Newly commissioned works by Neïl Beloufa, Matthew Angelo Harrison, Margaret Honda, and Yuri Pattison, conclude the exhibition with current reflections on our digital age and the impact of technology on society.

“The Everywhere Studio” is organized by ICA Miami and curated by Deputy Director & Chief Curator Alex Gartenfeld, Curator of Programs Gean Moreno, and Associate Curator Stephanie Seidel. This exhibition will be showing until February 26th. The entrance is free with RSVP so if you are in Miami and you are an art lover there is no excuse for you to miss it.

Below are some of the art pieces that caught our eye. 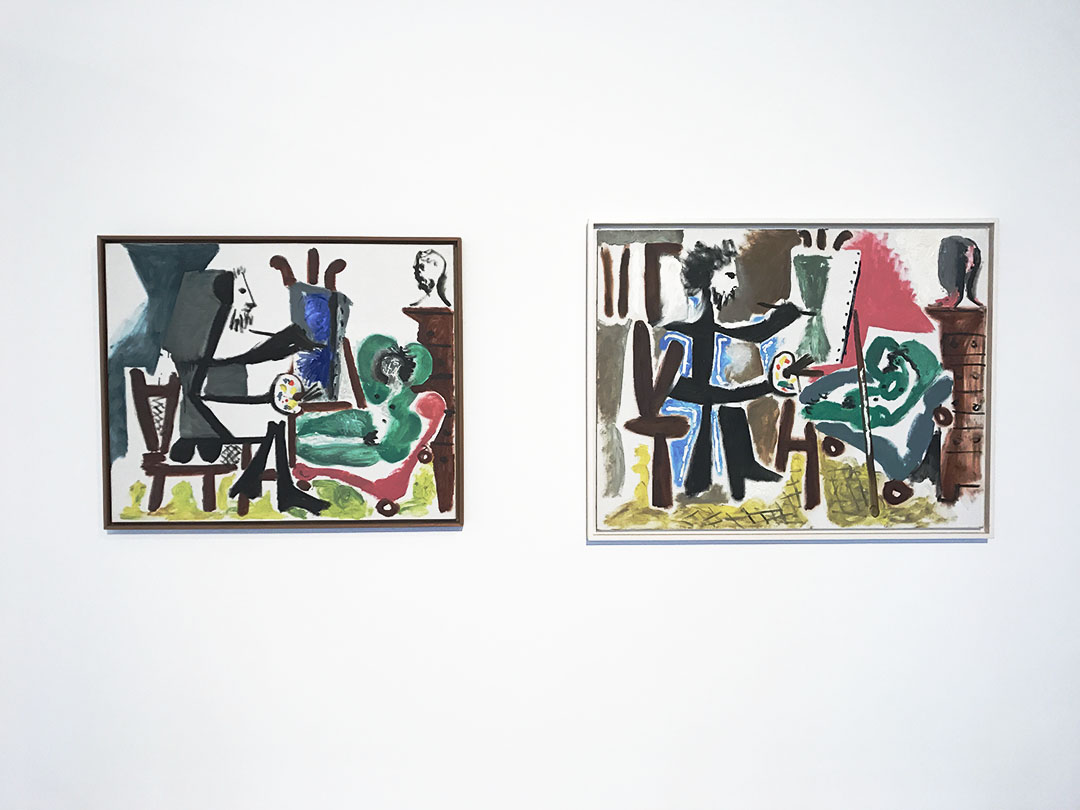 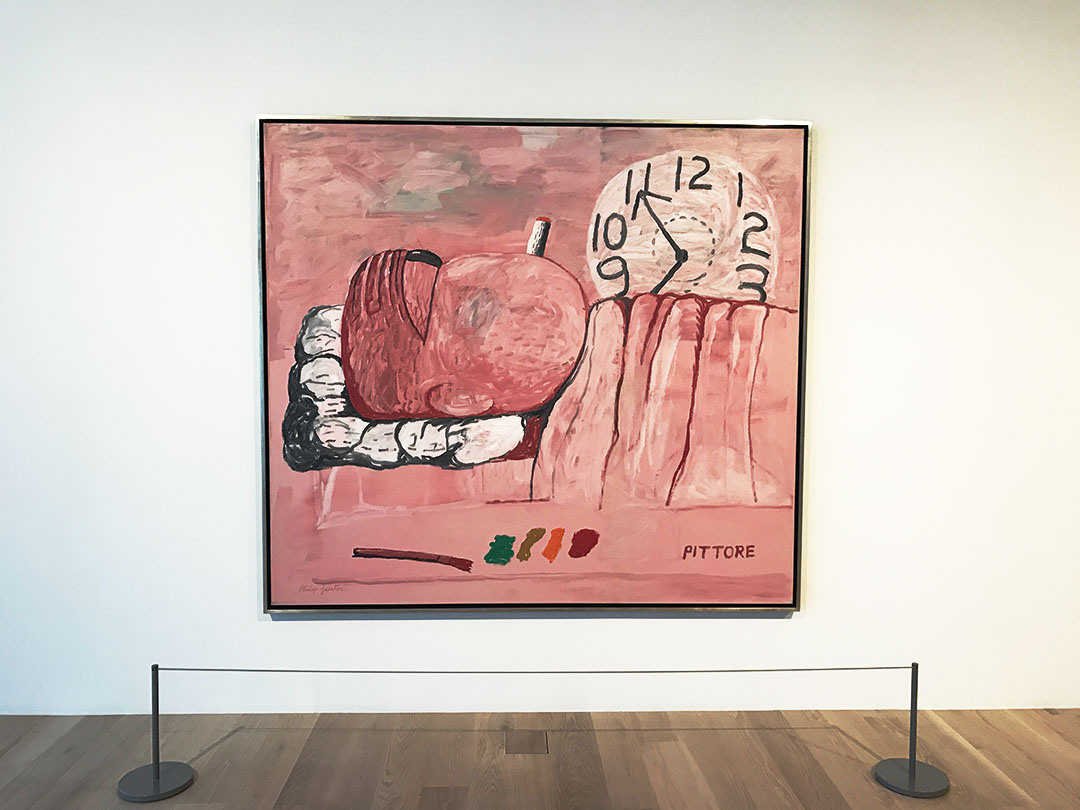 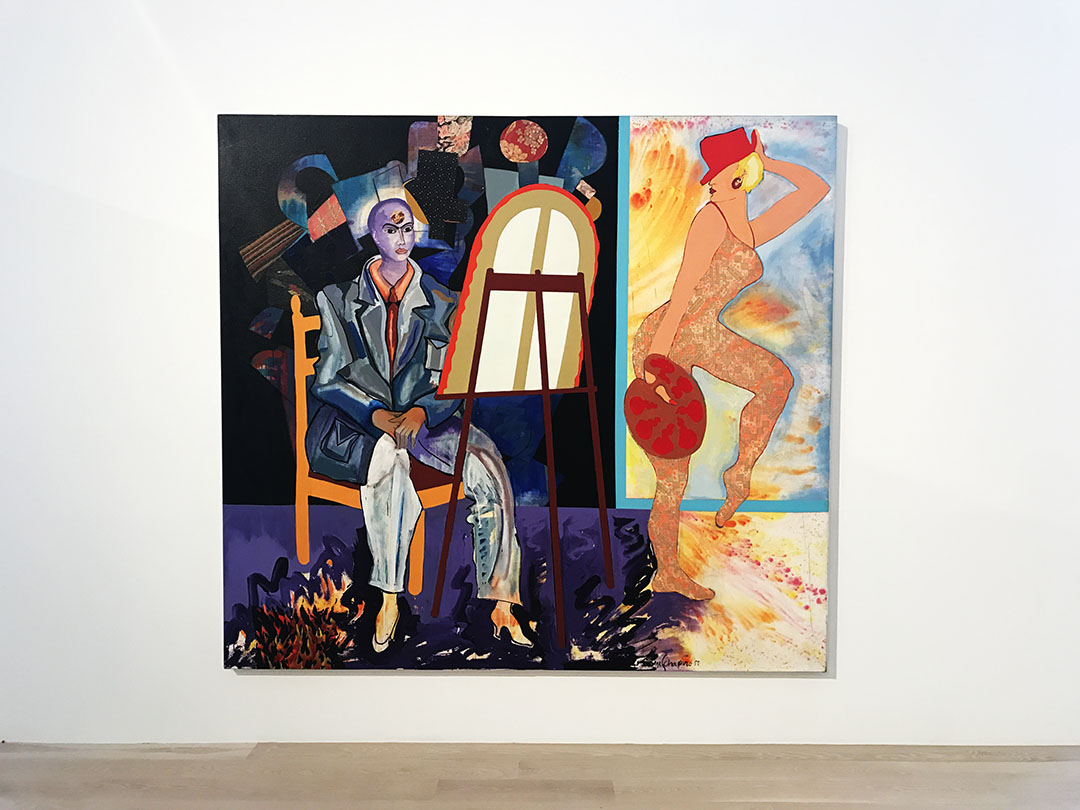 Miriam Schapiro – Time. 1988 – 91 Acrylic and Fabric on canvas.
Miriam Schapiro produced Time as part of “Collaboration Series: Frida Kahlo and Me.” These “collaborations” are series of paintings made in response to historical women artists. 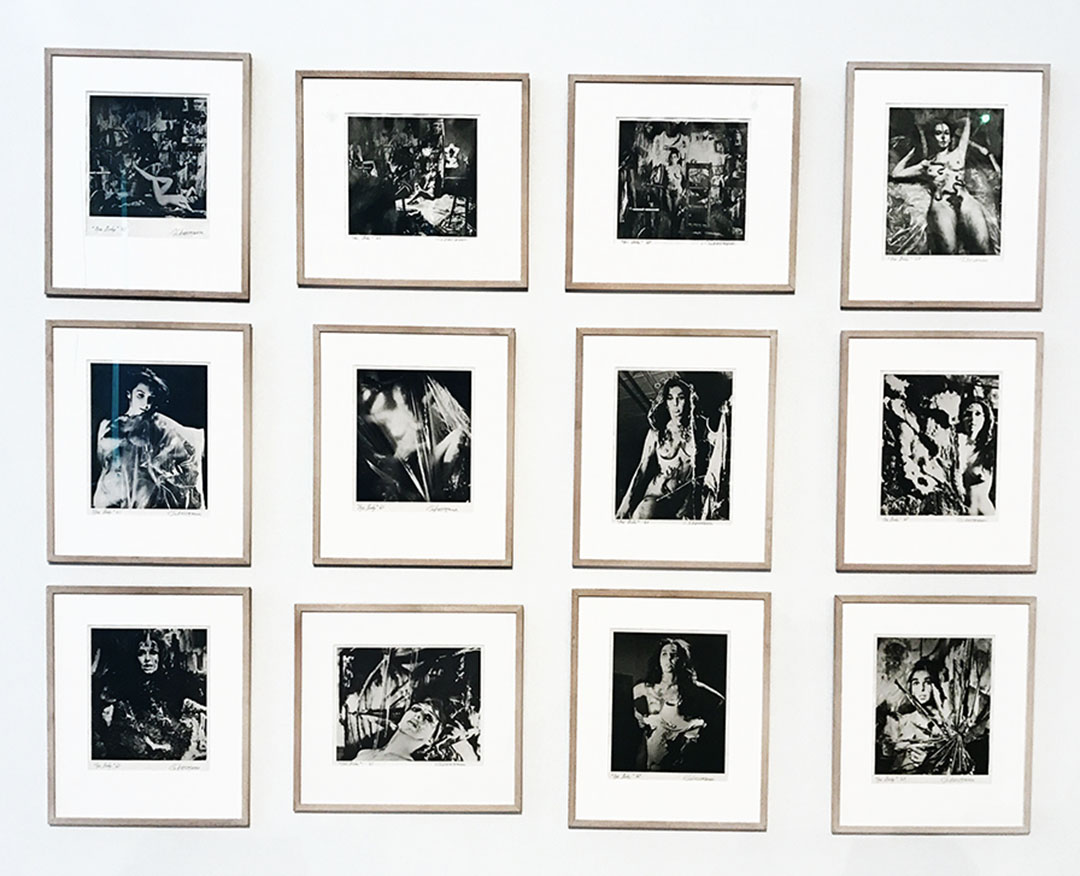 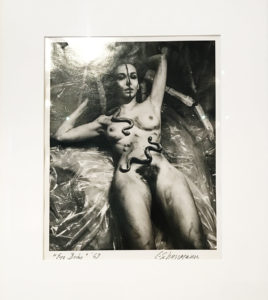 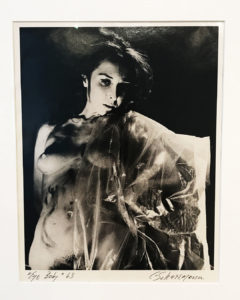 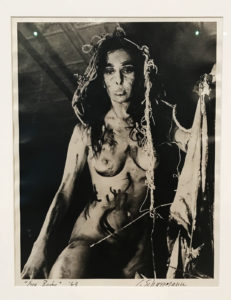 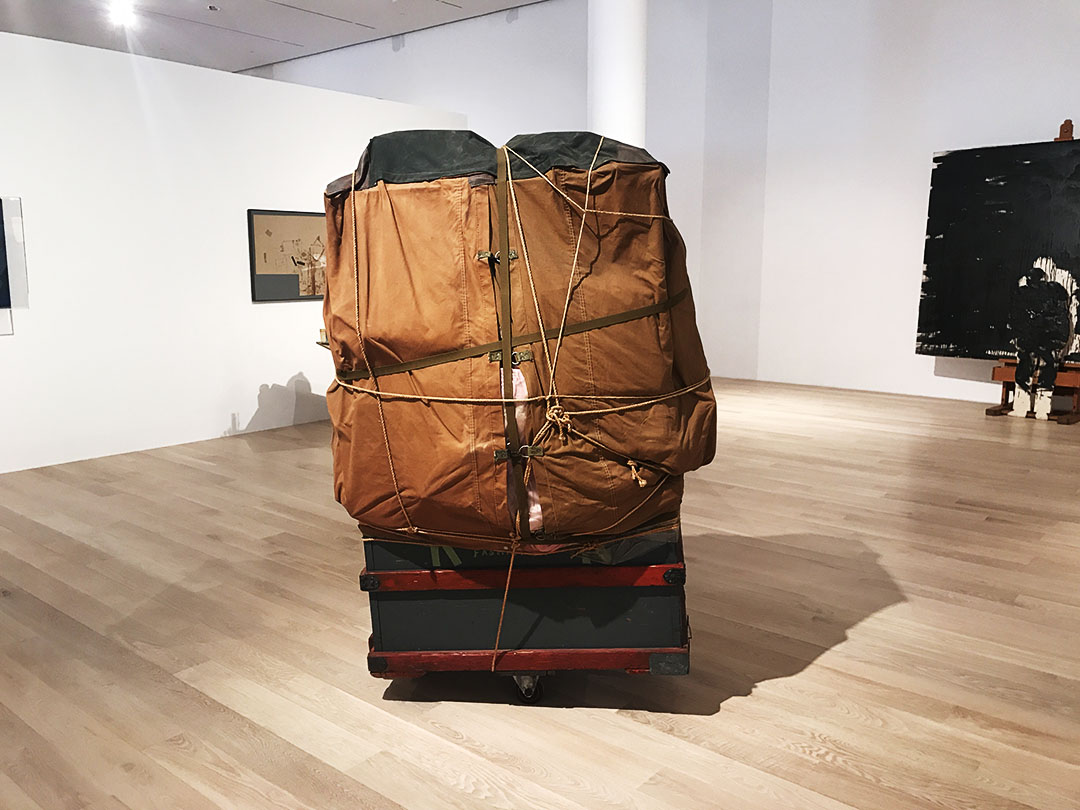 Christo – Dolly. 1964
With their famed large scale and environmental works, Christo and Jeanne Claude would seem to represent a position outside and beyond the studio. Their best known works involve wrapping architectural and natural elements in huge swaths of fabric, as in their 1983 Miami project “Surrounded Islands,” in which the artists wrapped eleven islands in Biscayne Bay in halos of pink polypropylene. 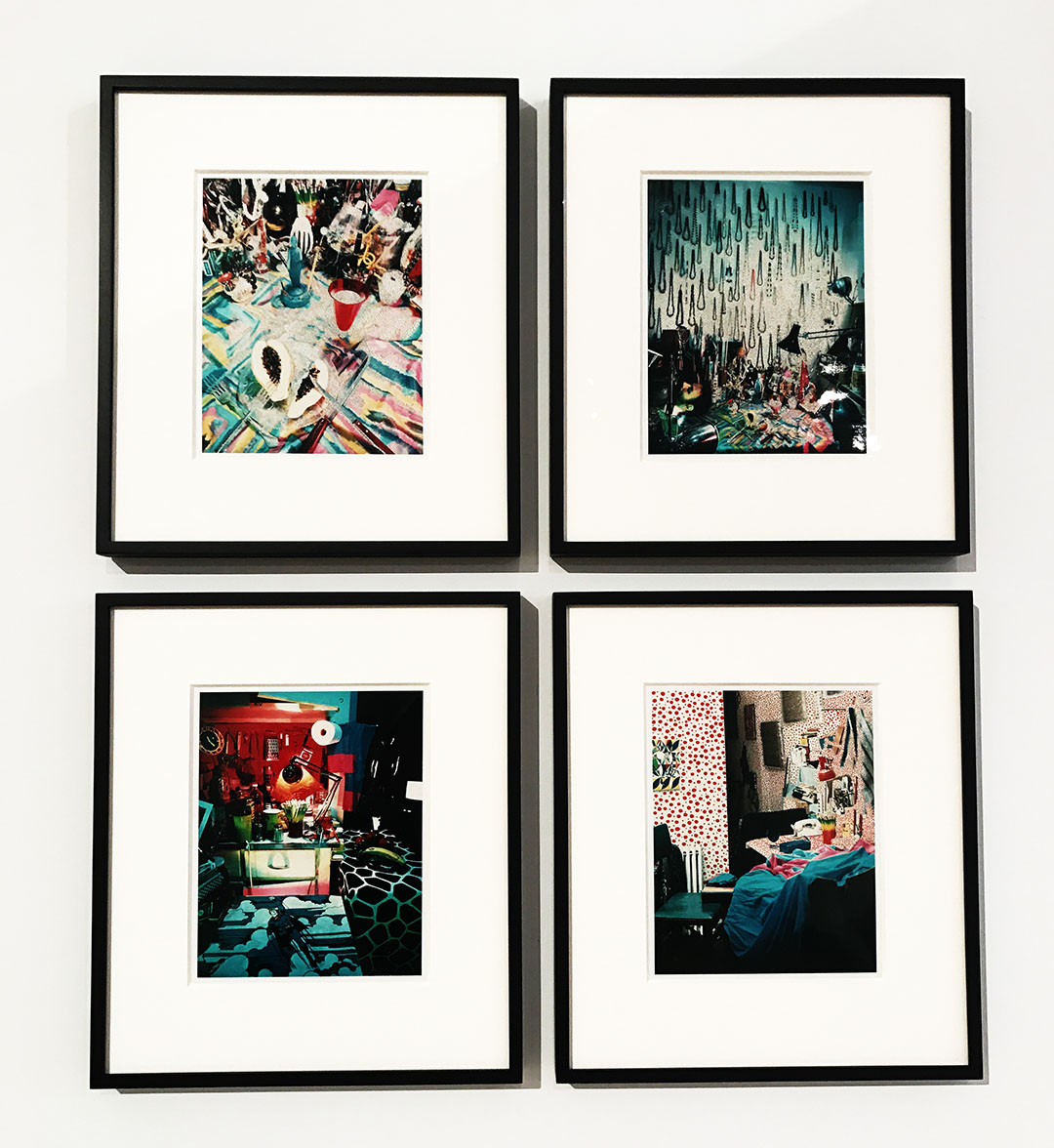 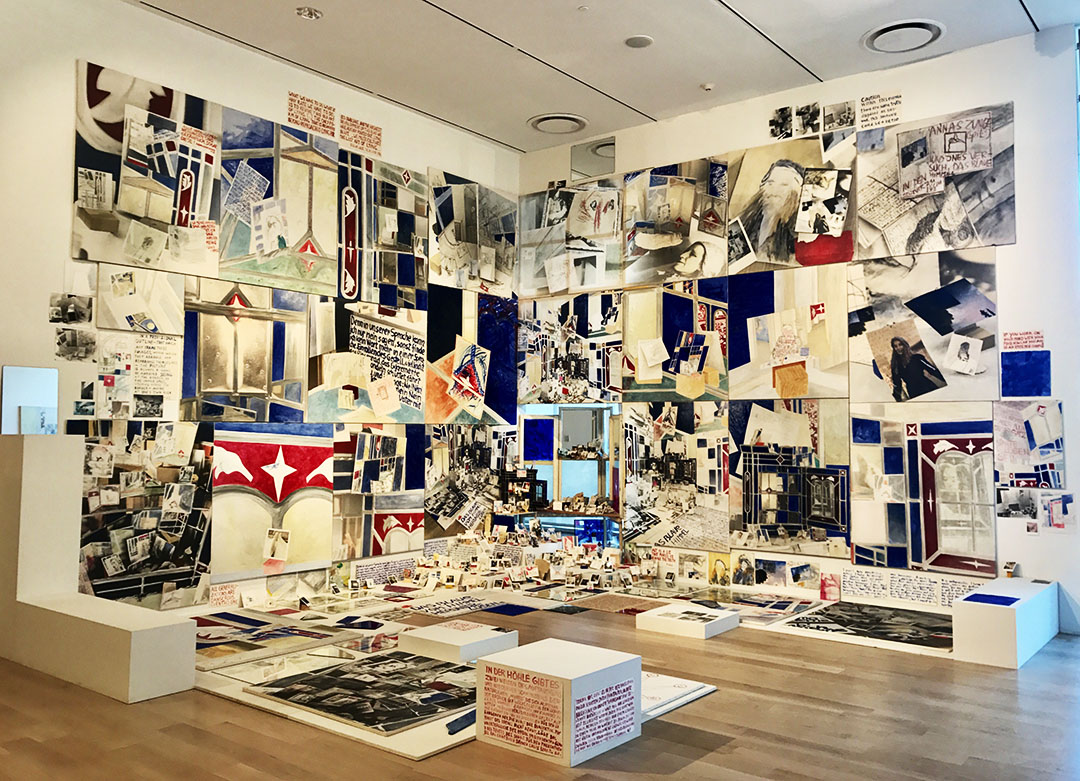 Anna Oppermann – Paradoxe Intentionen. 1988 – 92.
A painter and installation artist, Anna Oppermann became known for her “Ensembles,” sprawling large scale installations. Typically constructed around the themes of religion, sex, outsider status and the role of the artist.
Paradoxe Intentionen was inspired by a shrine in her studio, which cast reflections that suggested to the artist shifting perceptions. 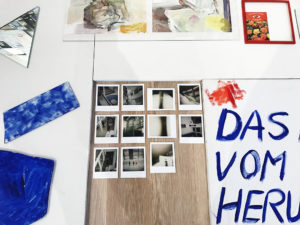 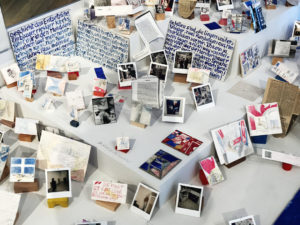 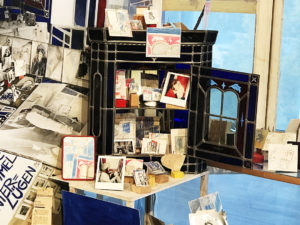 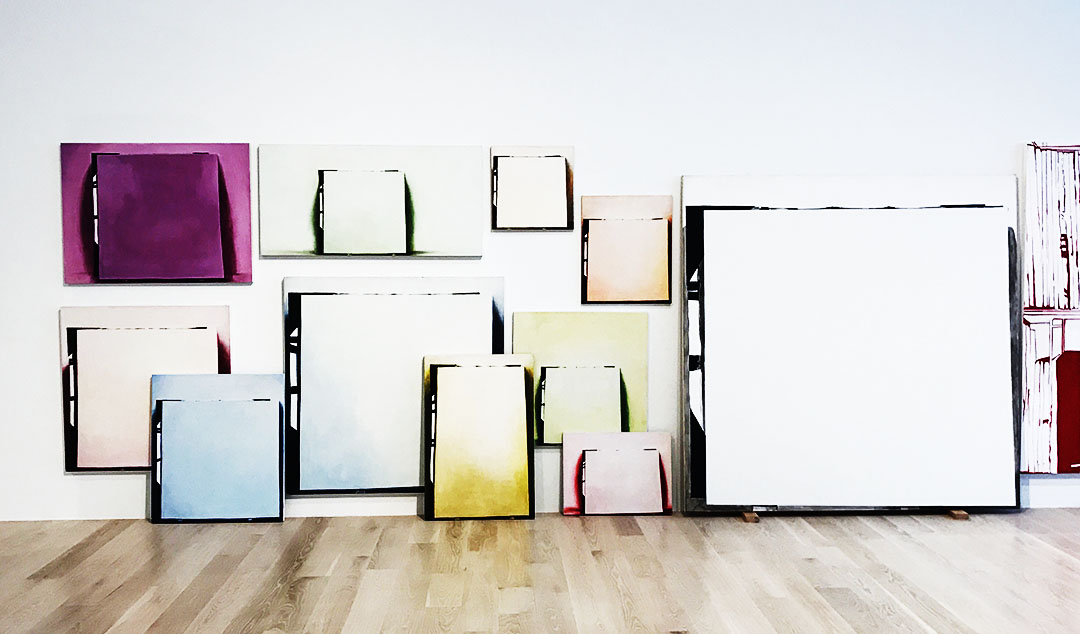 Rochelle Feinstein – Before and After. 1999 Oil on canvas and linen.