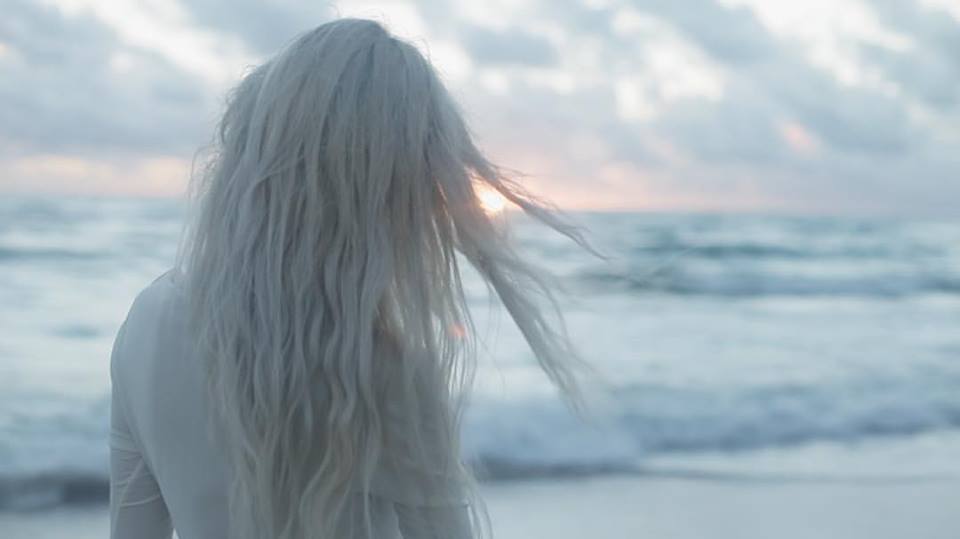 Miami based producer Elizabeth Ann Clark (Virgo), released a video for her song “Disappear” off her Water Planet EP. The short film, directed by Eleanor Petry, features the singer suspended in a dream like scenario on the beach, walking on the sand and swimming in the ocean. Her haunting presence reminds the one of a mermaid or a ghost, subtle, delicate but deep. The song is an electronic ballad with dance components and nostalgic synths.

Water Planet EP was released in May and explores the story of an alien creature traveling to Water Planet. Virgo took the concept even further and is working on a video game that will be released very soon. According to the musician  “is an audio/visual experience that involves immersive exploration on land, underwater, and guided flying in an orb transport while listening to the music from Water Planet EP.”

Watch the video for Disappear and don’t miss our interview with Virgo today at 6.30 pm on Too Much Love radio show on Jolt Radio.