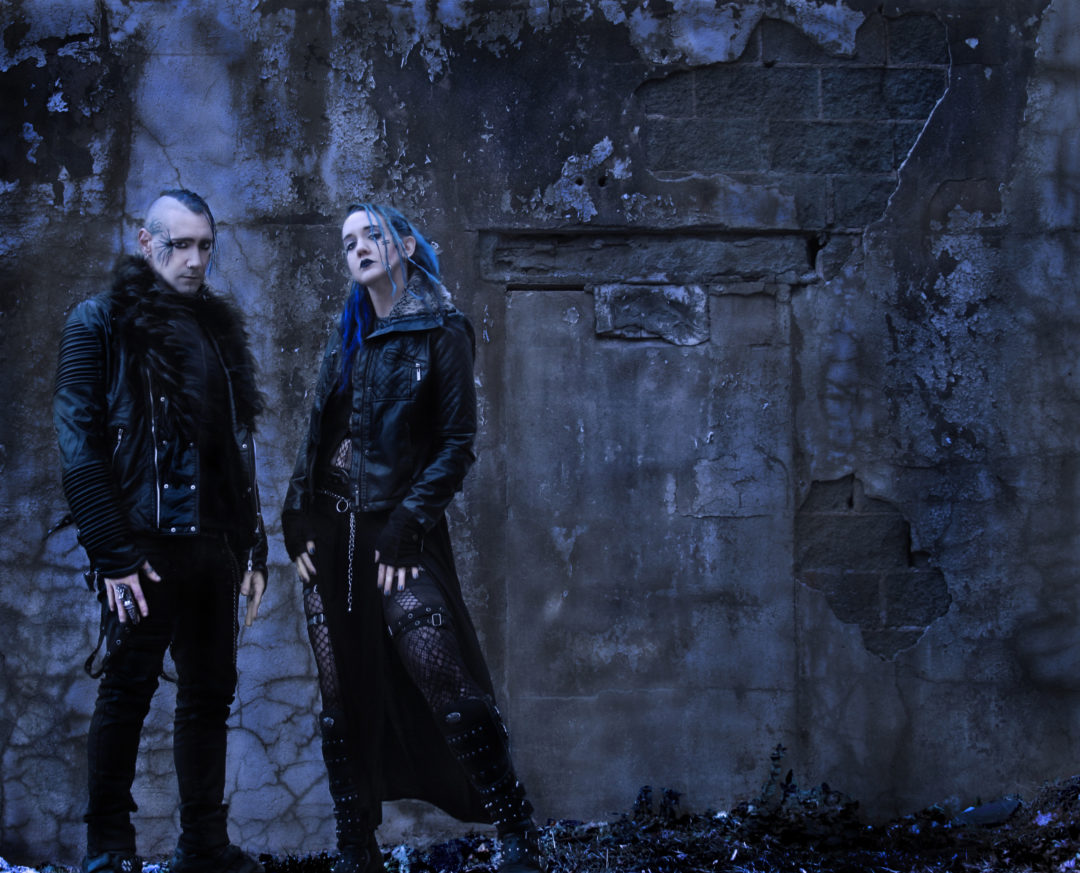 The Industrial/Dark Electro duo Xentrifuge is back with new music! “Circles of Dust” is the first single of their upcoming album Desensitized Parallels, due March 2nd via Cleopatra Records.

Heavy, raw, grinding structures, infused with dark synths & fierce vocals. Xentrifuge delivers a unique form of cold-mechanical/Industrial chaos. The single “Circles of Dust” is a noise infused ode to truly find oneself through a ritualistic process.

Accompanying the single is a dark and hypnotizing video featuring both bandmates, glances of rituals, synthesizers hanging on chains and plenty of dark makeup. The visual component fits perfectly with the track, complementing the emotions transmitted through the music.

Check out the video!

You can pre-order Desensitized Parallels here .

In 2007, their first full length Light Extinguished was released on Noitekk/Black Rain Media, Gravitator, and COP Int.  (Peaking at number six on the DAC, the band established a loyal international following).

In 2009, Xentrifuge released their highly anticipated second album “Converting Infinity”, was a hit with fans and the industrial music scene tastemakers.

Over the years, Chris X worked with a variety of live artists, but by 2012 realized something more stable was needed and Lisa Hellen quickly became an integral part of the band.

Always evolving, in 2014 Xentrifuge returned with a barrage of singles and remixes as well as live performances. The duo released the single “Machine Winter” in 2016 to great reception from the fans. A final version of the song will appear on the upcoming full-length album, “Desensitized Parallels” available March 2nd, 2018 worldwide via Cleopatra Records.

The band is gearing up for a series of live performances to present the new full length, with dates to be announced soon.

Discover the AKACATS world in her introspective video for “Lo Siento”