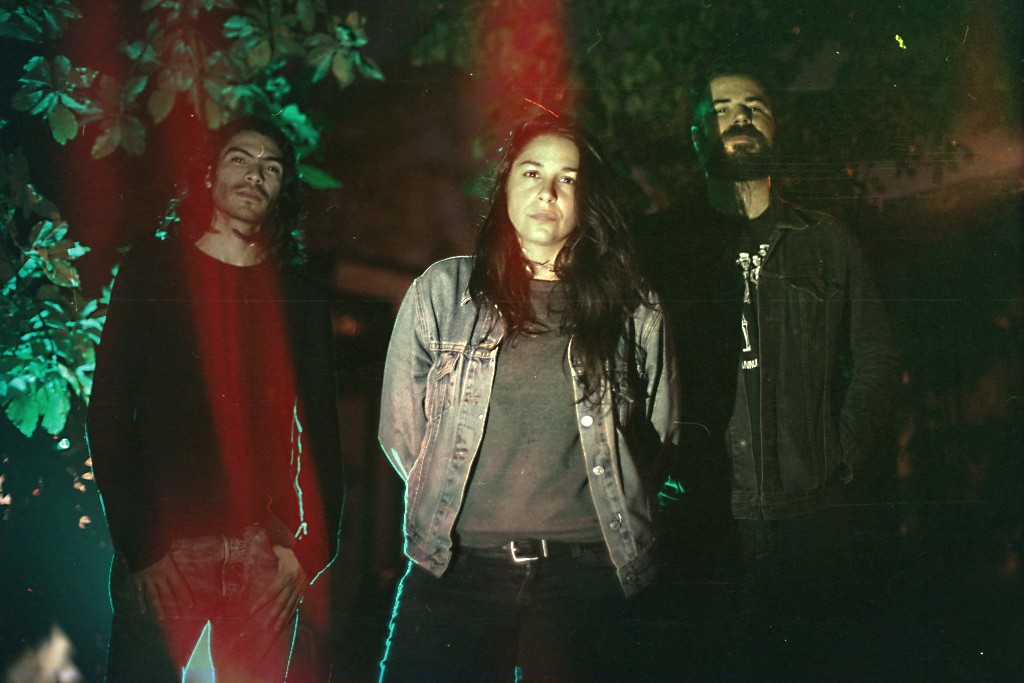 Miami’s very own Bleeth are good friends with Too Much Love and it’s staff, and it is we great pride that we share this track. Make sure you’re seatbelts are on.

The single premiered on 6/8 on Decibel Magazine.

Miami’s sludge/drone band Bleeth is a well known secret among South Florida denizens. Since their formation in 2014 they have been counted as part of the essential metal bands to see when visiting. Now, Bleeth is back with a new single and the announcement of their first full length album, titled Geomancer, due August 3rd via Anti-Language Records.

“Divulging Souls” is a massive sounding track, with a pounding rhythm that gives into aggression and back again. Over its 6 minutes, the music flows from heavy riffs reminiscent of the band Sleep, to scorching verses and soaring solos, with touches of stoner and post-metal sprinkled in for good measure.
The rhythm section plays slow, heavy and very steady, allowing for the guitar to expand and explore, to mix styles and genres. In correlation to the guitar are the vocal styles of guitarist Lauren Palma switch from singing to screaming throughout the track, creating some angsty and edgy moments of heavyness interspacing the more melodic verses.
“Divulging Souls” is for fans of King Woman, Swans, Acid King, and early Black Sabbath.  Additionally, this single is one of the most 420 friendly tracks to come out in Miami in a long time.

“This song for me is like going on a journey exploring different soundscapes, dynamics, and feelings. I think that was the point of it. How far can we push this? How heavy and powerful can we make it but still explore thoughts and expressions? It’s easy for me to get lost and entranced when we play this song live. Easy for me to feel it roaring through me.”  – Lauren Palma, guitars and vocals.

Bleeth’s visceral sound is grounded in a sludgy grime of groovy, psychedelic stoner riffs. The Miami based band formed in late 2014, and is composed of bassist Ryan Rivas, guitarist Lauren Palma, and drummer Juan Londoño.
The group self-released their debut EP “RE-ANIMATOR” in April 2015 and immediately took off in popularity in the East Coast underground scene. The EP features five angst-ridden songs ranging from ethereal spoken-word to riff-heavy bangers, showing the band’s diverse song writing chops and connecting listeners to their musical bloodline.

The band has since done multiple Florida and East Coast tours, and taken the stage with acts such as Youth Code, Weedeater, ASG, Wrong, Destroyer Of Light, Andrew WK, Shroud Eater, Crud, Holly Hunt and many more.