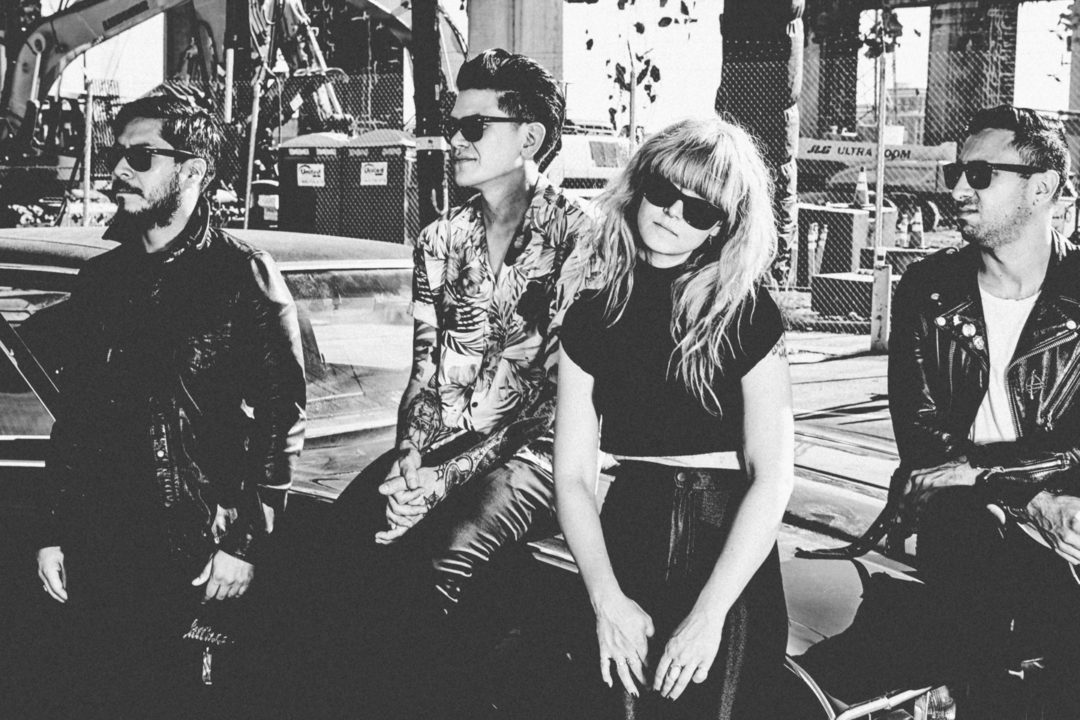 L.A. based band Brass Box, released a beautiful video for their version of the song “Moonlight Desires.” The video, directed by Joey Halter, plays with old school filming techniques that for moments remind to videos of Chromatics, Glass Candy and Oh Land.

“Moonlight Desires” was originally written by Laurence Gowan, a Canadian pop star from the 80s who now fronts the band Styx. The track was released in 1987 under his solo project Gowan. After discovering the music video for the song was filmed onsite at Teotihuacan (Mesoamerican pyramids) in northeast of Mexico City, Brass Box felt the need to record a cover fo the track, as an homage to the native Canadian and the pyramids (especially after Ammo developed a slight obsession with Teotihuacan after visiting in mid-2013).

With enchanting dream goth/ shoegaze tracks, Brass Box takes listeners on a journey through life, death and the darkness that swells beneath the surface. The inception of this artistic force began with front woman Ammo Bankoff; her obsession with being lost at sea and the intangible as the makeup for her musical expression.

After demoing multiple songs, she contacted her long lost friend Neil Popkin to join her after running into each other at a seedy Echo Park bar. The duo had originally met several years prior at an underground new wave/ goth party in Los Angeles. The bands in which Bankoff played (Tête, Black Flamingo) occasionally shared bills with Popkin’s bands (War Tapes, Rituals). Due to their musical connection both musicians naturally collaborated.

Neil then brought in guitarist Matt Bennett (War Tapes) and drummer Pablo Amador (Rituals), to round out the heavy sounds of Brass Box. Since joining forces the quartet has assembled lush compositions of melody and noise while recording in their Downtown Los Angeles home studio. Some describe the sound as a mix between My Bloody Valentine and Cocteau Twins, but you can decide for yourself.

November 26th at Part Time Punks at The Echoplex, L.A 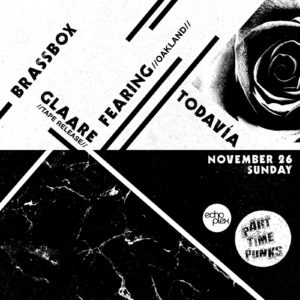