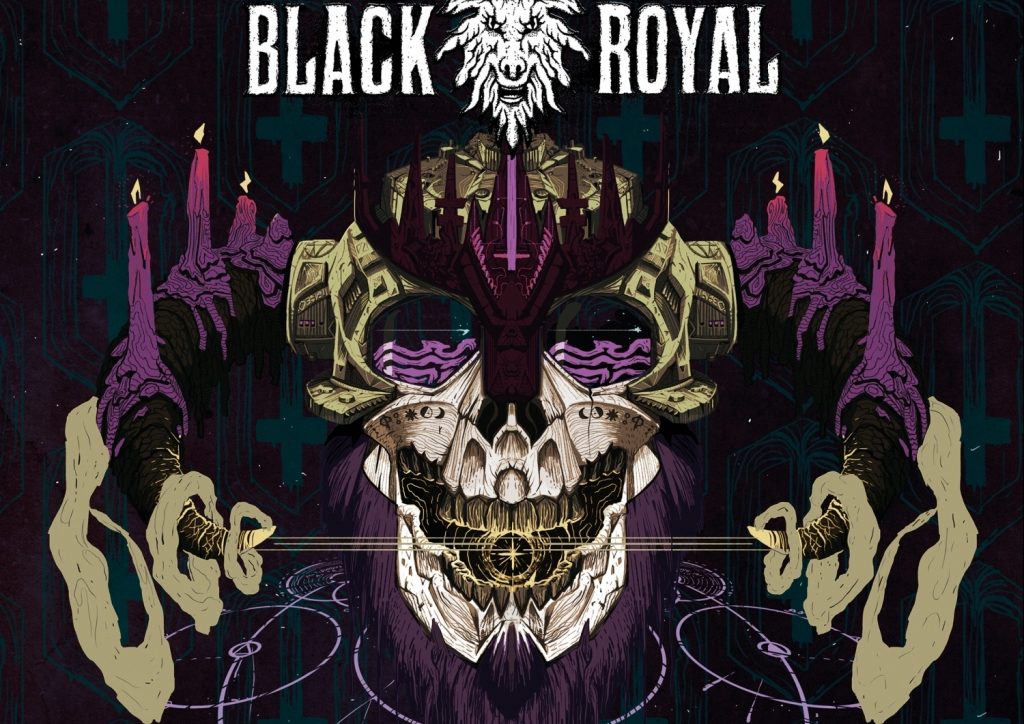 As the title states, Finnish metal outfit Black Royal‘s new 7″ is one groovy, infectious set of riffs.  Heavily influenced by blues and classic rock, the guitar lines are simple but very heavy. One can hear a lot of 70’s influence in the tracks, such as the easy to follow guitar lines, that makes one reminisce of early Black Sabbath.

On the other hand, the vocals and drums of this 7″ are more akin to the 90’s death metal scene, with the drums and lyrics on the track “Dying Star” making me immediately think of Death (high praise) and other early or mid 90’s death or groove metal.

On the other side of the record we have the track “Reformation”, that sounds a lot more northern, with more epic tones and a little more reverb on the vocals. It sounds closer to home, along the lines of what people here in the USA have come to relate to the Scandinavian sound in metal.

While both tracks are in the “very good” category, they are vastly different.  “Dying Star” is for blasting at your regular dive bar, loud and full of people that with enjoy the vibe. “Reformation” is for blasting for oneself, on headphones or in the car, while singing along.

Check out the lyric video and show them some love!